Just what the doctor ordered: Ex-Bok Venter's Saracens ethos pays off for England 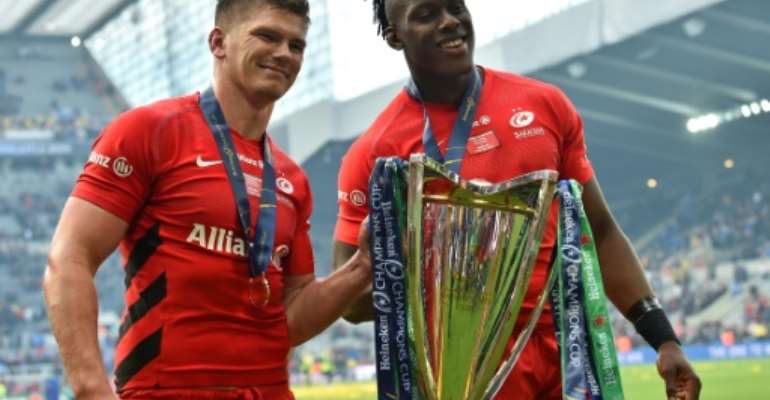 England will owe South African Brendan Venter a debt of gratitude due to the values he laid down at Saracens which every player like Maro Itoje and Owen Farrell had to meet if they were to play for the club. By Glyn KIRK (AFP)

England will owe a big thank you to South African Brendan Venter if they beat his compatriots to win the Rugby World Cup on Saturday after helping to create the template for Saracens' English and European success.

Saracens provide nine of the English squad, as well as one Springbok, at the World Cup in Japan.

Head coach Mark McCall may be the man driving on the English club in terms of performances but it is former Springbok centre Venter whose ethos is still followed as to whether or not a player fits in at the club.

The likes of current England internationals Maro Itoje, Owen Farrell and the Vunipola brothers have comfortably passed that test.

Former Saracens chief executive Heath Harvey revealed in 2017 how Venter, who is a doctor by profession, had brought his sense of community to the club during his spell from 2009-2011, first as a consultant and then as director of rugby.

"We have a common purpose supported by a set of values to go out and sign the best people in the world who will fit into the culture and the team," Harvey told a small group of journalists including AFP.

"When we recruit we interview the player with his wife or a member of his family and the caring starts at the interview stage because we want them to fit into the club.

"It is a bit like the NFL have the stability matrix. We work really hard to get people who will fit into the club and the culture. To keep them there it's about stability and making them part of the group.

"Stability in coaching staff and players is what drives performances."

Saracens are big on bonding -- the first team squad and academy players are advised to mix at training -- with trips to the Munich Beer Festival and lectures on non-rugby topics.

Saracens are big into non-rugby activity taking their players on trips to the Munich Beer Festival or lectures including sporting legends such as jockey AP McCoy coming to speak. By ADRIAN DENNIS (FILES/AFP)

Harvey used to bring in personalities from outside rugby to talk to the players such as record-breaking jockey AP McCoy.

Saracens are also very much about ensuring the player's families are integrated.

"We involve families enormously," he said.

"There are clubs who don't allow wives to drive up the driveway of the training ground.

"At ours you will see wives every day because they are having mentoring from personal development people or trying to start a business, we are inclusive.

"Then we work with players on life after rugby and two thirds of players have either completed or are in the process of doing a degree which is an incredible statistic."

Harvey says Saracens have an unusual recruitment policy not based totally on playing ability.

"We work on rounding the person so if somebody says we have no interests apart from rugby more often than not we may well say we don't think you're for here," said Harvey.

"Our strapline is we treat them incredibly well and expect them to work incredibly hard.

"Venter's culture is as strong if not stronger today than the day he arrived."

Venter's philosophy which still exists at Saracens is people who have no interests outside of rugby are unlikely to play for them. By ODD ANDERSEN (AFP)

Venter -- who came on as a replacement in South Africa's memorable 1995 World Cup final victory -- practiced what he preached, even after leaving Saracens.

"I heard him on television the other day on a panel where he was participating by phone," said Harvey.

"The presenter said we are going to take a break and be back in five minutes with Brendan Venter... but Brendan interrupted and said 'No, I won't guys. I have a waiting room full of patients who need me' and put down the phone.

"So this culture and spirit in Saracens comes from Brendan through and through absolutely."