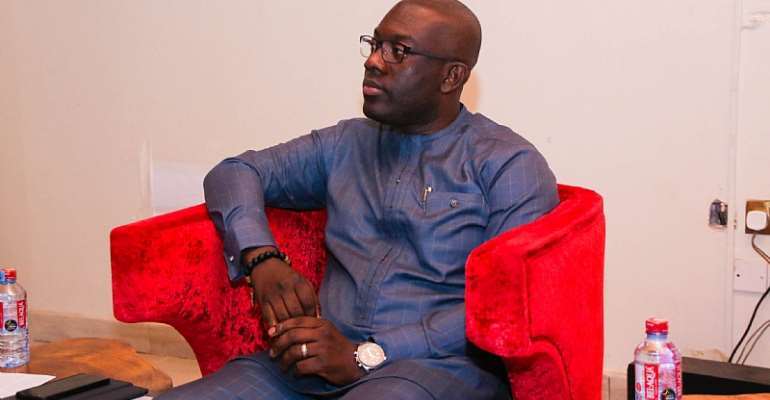 Head of Marketing and Communication at Stanbic Bank and incumbent Vice President of IPR, Mawuko Afadzinu, has been elected as president to lead the Institute of Public Relations Ghana, (IPR-Ghana) for a two-year term beginning January 1, 2020.

At the end of counting Mr. Afadzinu polled 59 votes out of 81 to carry the day.

The elections took place during the National PR and Communications Summit and 26th AGM held from Thursday, October 24 - 26, 2019 at Aqua Safari Resort, in Ada.

Shirley Tony-Kum of Vivo Energy, Kwabena Asare Okae-Anti, lecturer at the University of Education, Winneba and Afia Drah of the Trust Hospital were elected as Secretary, deputy secretary and treasurer respectively unopposed.

The election was supervised by officials from the Electoral Commission of Ghana.

The summit under the theme, Deriving value from Values: achieving the Ghana beyond aid agenda was opened by Kojo Oppong-Nkrumah, APR (MP) minister of Information who is an accredited practitioner of the institute.

The information Minister applauded IPR, Ghana for the interest in shaping the conversation about the Ghana beyond aid agenda noting “that professional bodies would seek to contribute to governance in a way that brings their professional expertise to the table”. He added that the Ghana beyond aid is a priority that would help to improve the lives of Ghanaians saying “It will call for us to significantly improve our national consensus building on priorities, raising of domestic revenues to meet those priorities, a significant improvement in effective delivery of public services in fulfillment of those priorities and a significantly improved approach to targeting and using optimal debt and grant resources”.

The Minister noted the work on the PR Industry bill is progressing he is hopeful that the bill would be laid in parliament during this current session.

Practitioners who successfully passed their accreditation examinations were admitted into various categories of membership of the institute. A total of 174 people participated in this years’ summit.