Avoid Cursed Names for Your Children in Ghana 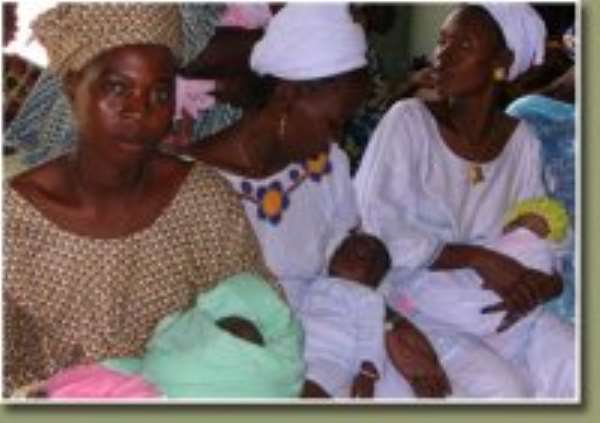 In modern Germany, many people are reluctant to name a child Hitler. This is almost like an unwritten law and not many people are called by that name in Germany. This is because of the devastating role he played in his time in office and during the Second World War. He ordered his army to hack down Jewish and Black people and to exterminate them from the surface of the earth. After the German defeat in the Second World War many people who bore the name “Hitler” changed them. Since then only a handful of people are named Hitler. “Adolf” is a German Christian name but it became less popular after the war even though, at the height of his power, many in the country named their children in honour of the Fuhrer.

In much the same way the name Osama Bin Laden is not popular in the West due to his terrorist initiative against the Western world.

In 2003, the Birth and Death registration department in Germany refused to register a Syrian baby whose parents named him after Osama Bin Laden. The reason behind the unwillingness to use these names is that no one wants to remember the wickedness, merciless killings, unreasonable extermination of Jews and Osama's ruthless terrorist actions which culminated in the September 9th attacks in the USA.

What is going on in Ghana concerning names we adopt or reject is not the same as the examples given above. In Ghana, it is generally believed that certain names, by their definitions, carry with them curses and dangerous notifications that may not augur well for those who bear such names. However, it is not wholly true that all those who bear such names, may experience the curse that is connected with the names. It is also worth mentioning that no name is banned in Ghana.

I took up a discussion concerning curses and problems connected with certain names, with an elderly man in Ghana when I went on vacation last year.

The elderly man took his time to explain to me that there is no curse in the names per se but in most families when a child is given names like Berko, Bosompem, Abebrese, Bonsam etc, the bad and destructive spirits including witches and wizards capitalize on the meanings of the names to shape the child's destiny and to bring hopelessness, hardship and destruction on the child at the very incipient stage till the child reaches adulthood. He further explained that not all the Akan names can be brought under curse.

In an epic song by PSK Ampadu, who was crowned King of Highlife during the late 60s and later carried the title, Nana Kwame Ampadu I, he described the disastrous effect of how one of such names brought untold hardship on the bearer. The person in the song was called Yaw Berko. Berko means a person who came into this world to fight it out or struggle in life. In the song Nana Ampadu explains how hard the effect of his name has had on him. He has been hit hard by the strong and uncompromising arms of life. Penniless at forty, he tried to find job in almost all the regions of Ghana to no avail. Yaw Berko's destiny year in and year out was a sad one.

One of such names that the devil normally attacks is Abebrese. The name Abebrese denotes suffering and the experience he will go through may not be different from one called Berko. Kwame Abebrese was a handsome, kind-hearted and brilliant young man. He was always on top of his class. During his second year at the Senior High school, he joined a group of boys to a club one Saturday. Little did he know that these boys were wee smokers. Abebrese kept the wee bag for the boys, unknown to him that it contained packs of marijuana. The boys sold them to revellers in the club. A concerned individual gave a tip-off to the police. When the boys saw the police they rushed out of the club. Abebrese sat there not knowing what was happening. The policemen went straight to Abebrese and searched the bag. To Abebrese's amazement, the police counted seventy two pieces of marijuana neatly wrapped and packed in rolls. He was whisked off by the police.

He was to serve four years in a Kumasi prison. Only a year to complete High school has been terminated abruptly. The troubles which define his name had just begun! His frustration in the dirty, narrow room was total. As months passed by, he experienced a complete volte-face in his attitude and character. He became addicted to drugs.

It is important that names are chosen carefully for our children. Names that are likely to bring curses on our children should be avoided. Sometimes the problem may not be in the name itself but the accolade. If you are called Afoakwa your accolade is ‘sikani’, which is good.