An Open Letter About Ebola To The International Criminal Court 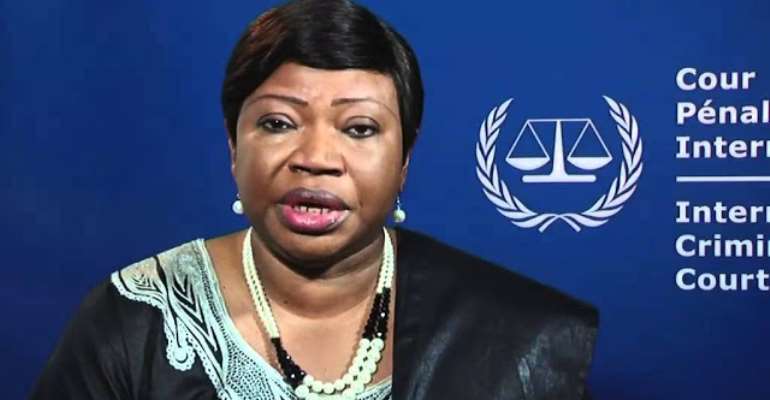 Fatou Bensouda, the criminal law prosecutor and legal adviser in The Hague.

The International Criminal Court - ICC, in The Hague, Holland, was established under an international treaty in Rome, in 1998, to provide justice for genocide and crimes against humanity, when national governments fail.

As a matter of fact, it's very hard to comprehend with ICC, when it comes to crimes against humanity. It could be possible that the International Criminal Court, is actually one of the biggest criminal organizations in the world, established to protect foreign governments that commit crimes against humanity in Africa.

This is one of the reasons relations between the ICC and Africa have never been easy as tensions between African governments and the organization, have turned sour, as some fed up African leaders accuse the ICC of not being at all independent and impartial.

Firstly, Africa wants to ask the International Criminal Court what do crime and genocide mean to the organization? And secondly, on what sort of crimes do they base their investigations on to bring African leaders to The Hague to face charges at the tribunal?

If the judges at the ICC, said they are educated and capable of doing investigations before accusing any African leader of committing a crime against humanity, then they must investigate how Ebola first came to Congo in 1976, then in Guinea, Liberia and Sierra Leone in 2014, and the current multiple occurrences in Congo, to bring those responsible to face criminal charges in The Hague.

The International Criminal Court must note that before Ebola first appeared in Congo in 1976, then hit the West African countries of Sierra Leone, Liberia and the Republic of Guinea, in 2014, the same Ebola outbreaks occurred simultaneously in Marburg and Frankfurt in Germany, and in Belgrade, Serbia, in 1967. Thereafter, the disease has appeared in Congo many times and still claiming lives.

If the ICC's incompetence and hypocrisy have allowed the US government to enjoy impunity after committing such a heinous crime against humanity in Africa, then the research of Japanese health writer, Yoichi Shimatsu, Dutch scientist and microsurgeon, Johan Van Dongen, the German medical doctor, Wolff Geisler, and American health writers, Suzanne Posel and Janet C, Phelan, would remind the organization that Ebola is a biological weapon engineered by the US government against Africa, and since no one is above the law, both Barack Obama and Donald Trump must be arrested to face court actions at the tribunal in The Hague.

Without doing that then the International Criminal Court can't convince the world that the organization is doing a good job, instead, they cowardly protect wicked corruptible foreign governments with great power, like the United States of America.

How long can the International Criminal Court in The Hague pretend they are running a legal system, protecting, guarantees a reliable safe haven for Africans, yet hypocritically, they protect super-powers that commit crimes in Africa?

Dr. Wolff Geisler and Joel Savage
It is very likely that African leaders know about the organization's support and protection of the US government after triggering Ebola on poor innocent African citizens and since they find it very hard to speak against the US government, some African countries have decided to pull out from the ICC.

"The ICC is a wicked corruptible organization. If you fail to bring the US government to answer charges over the Ebola genocide in Africa, just shut down your office for good and don't dream ever to bring any African leader to the tribunal in The Hague, after Charles Taylor, Hissene Habré and Gbagbo," says the Dutch scientist, Johan Van Dongen.

Ken Agyapong is only brave on NET2 TV but actually a coward ...
9 minutes ago