You Are Making Us Proud—Pramso Chief Praises Dr. Adutwum 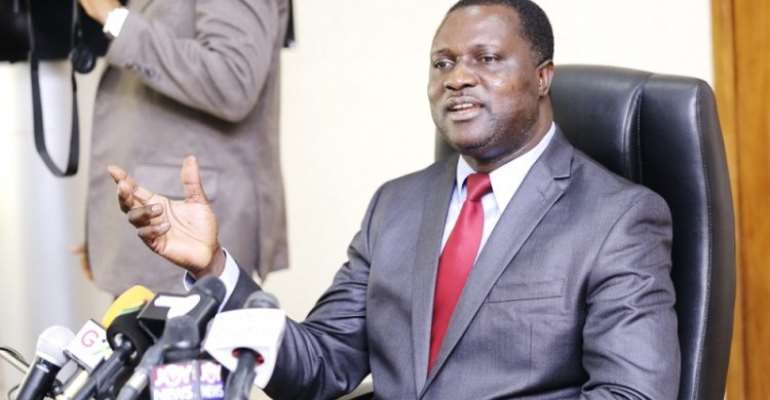 The Chief of Pramso in the Bosomtwi District of the Ashanti Region, Nana Gyampo-tua ll, has applauded Deputy Minister of Education in-charge of Secondary and Basic Education, Dr. Yaw Osei Adutwum for his exceptional performance as a Deputy Minister and a Member of Parliament (MP).

He said Dr. Adutwum has distinguished himself as an astute politician in both the executive and legislative arms of government thereby bringing great honour to the people of Bosomtwi.

Speaking to the media in Kumasi, Nana Gyampo-tua ll described Dr. Adutwum as God-sent to the people of Bosomtwi considering the massive infrastructural development, especially in the area of education since becoming their member of parliament.

According to the chief, not only had he contributed immensely to the transformation of the education sector under the NPP government but had also done exceptionally well for his constituents.

He said Dr. Adutwum has demonstrated a high level of competence and commitment to impact society by playing key roles in the implementation of several educational interventions at both national and constituency levels.

The exploits of Dr. Adutwum in the current administration, he said, had brought Bosomtwi to the limelight and praised him for being a good ambassador of the people of Bosomtwi.

The constituency, according to him, has seen tremendous improvement in educational infrastructure in less than three years that he has been representing them.

“We are very lucky as a people to have Dr. Adutwum as our MP. He is development-oriented and passionate about addressing the pressing needs of the people”, Nana Gyampo-tua ll observed.

The chief disclosed that the MP once handed over his private property to the government for the purpose of educating children in his constituency free of charge.

"This and many other selfless gestures by Dr. Adutwum make him not only unique among his peers but also, a true nationalist who genuinely means well for the people", he said.

He was of the firm belief that if all MP's perform like Dr. Adutwum, Ghana would develop at a faster pace.