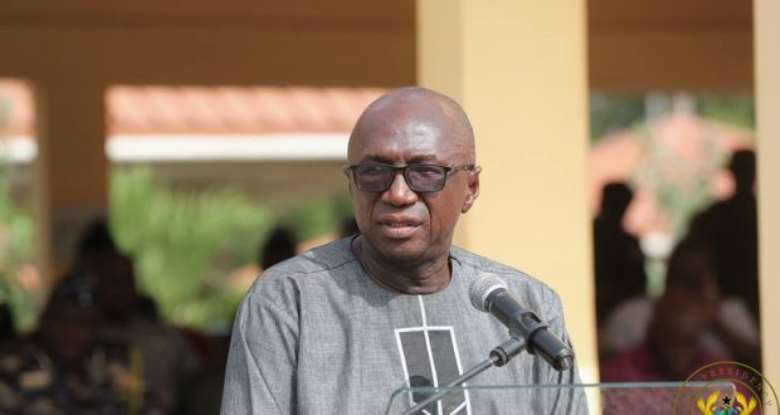 The Interior Minister, Ambrose Dery was unable to tell Parliament the exact amount paid into the NADMO Fund this year from the District Assemblies Common Fund (DACF).

According to the NADMO Act, three percent share of the (DACF) among others must be paid into the NADMO Fund.

Answering questions in Parliament on Wednesday, Ambrose Dery reported to the House that the said percentage has been paid into the fund but failed to mention an exact amount.

Meanwhile, the Speaker of Parliament, Prof Mike Oquaye has set aside an urgent motion from the Minority to haul the Ministers of Works and Housing, Roads and Highways as well as Finance over the recent floods in the country.

Quoting from Parliament’s Standing Order 72, the Minority Leader, Haruna Iddrisu asked the Speaker to allow the House haul these Ministers but the request was disallowed.

The Speaker of Parliament in turning down the motion said the Minority had gone against an initial agreement by the leaders of the House to address the issue.

Government has announced that Parliament has approved 200 million dollars for the Accra Resilient and Integration Redevelopment Project, aimed at addressing the flooding menace in the City.

Torrential rains in the capital recently caused havoc in parts of Accra and other parts of the country, claiming lives and destroying properties.

At a media encounter this morning, the Information Minister Kojo Oppong Nkrumah said it is in line of these that government is embarking on the project to avert further loss of lives and properties.