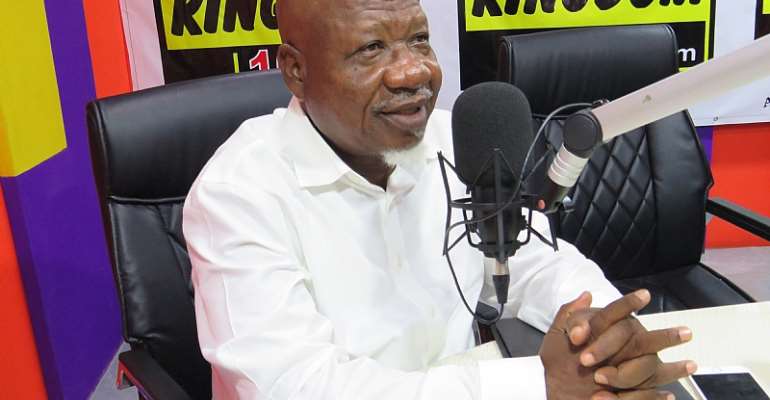 Former Central Regional Chairman of the National Democratic Congress (NDC), Bernard Allotey Jacobs, has expressed disappointment in the previous and current governments for failing to deal with the perennial flooding in the country.

Accra continues to sink in water at any time it rains as a result of choked drains that do not allow the free flow of water.

He has urged the government to promote a holistic approach to flood management in communities along the Odaw Stream, which is a flood hotpot in the city of Accra.

Speaking in an interview with Lawyer Ohene Gyan on ‘Pae Mu Ka’ on Kingdom FM 107.7, Allotey Jacobs said, “Flood has been happening since independence. I will blame all previous government for their inability to tackle flood with all seriousness we need to wake up as a country and tackle it with all effort.”

According to him, governments have failed to withstand the challenges posed by intense and frequent floods due to negligence and lack of political will.

He pointed out that authorities should have ensured the desilting of major drains in the capital by now in anticipation of the floods a few months to the major rainy season.

However, he is astonished why all government in power did not carry out works on the drains ahead of the rains, even after the Ghana Meteorological Authority had predicted more rains this year than the country recorded last year.

Ghana has a serious flood problem. Over about 50 years, 4 million people have been affected by floods, resulting in economic damage exceeding USD$780 million.

The failure to do this in recent years has forced the government to spend the limited resources that should ordinarily be used for these renovations, on the construction of new ones that will also be left to wear out.

The government has allocated GH¢197 million for the control of perennial flooding in Accra.

The money is allocated to the Ministry of Works and Housing, which is responsible for flood control, to undertake various projects and works to reduce the incidence of flooding in Accra.