C/R: Why Is Gov't Treating Us This Way – Apam Drivers Protes Bad Roads 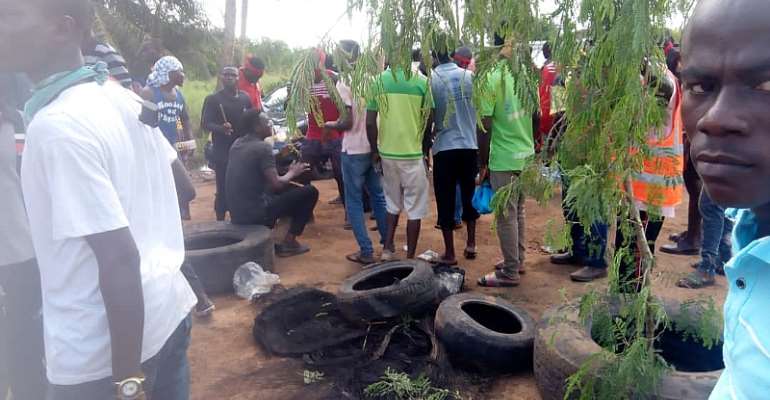 Irate drivers and road users at Apam in the Gomoa West District of the Central Region have given government a one-month ultimatum to fix their roads or face their wrath.

The angry drivers hit the streets of Apam on Tuesday, clad in red, chanted war songs and burnt tyres as a way of showing their displeasure at the government for failing to fix their roads. 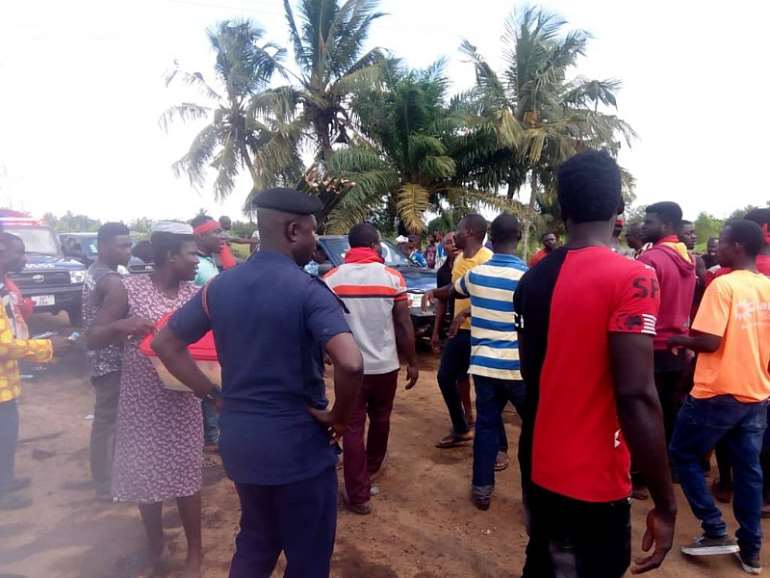 “We are giving the government one month to fix our roads or we will stop paying council tickets. The bad nature of our road is destroying our vehicles, and authorities sit unconcerned. The NDC and the NPP have failed us,” some angry demonstrators said.

The group also blamed the Member of Parliament for the area Alexander Kojo-Kwom Abban and the District Chief Executive, Bismark Inkoom for doing very little to help the situation.

Speaking to Citi News, some drivers indicated that the situation is affecting their businesses, adding that government must intervene in the situation.

“This is not a party issue and there is a lot of poverty here. The only job we can do as men is driving but here is the case where our roads are bad and we cannot work. We use our earnings to fix our vehicles,” one driver who gave his name as Daniel said. 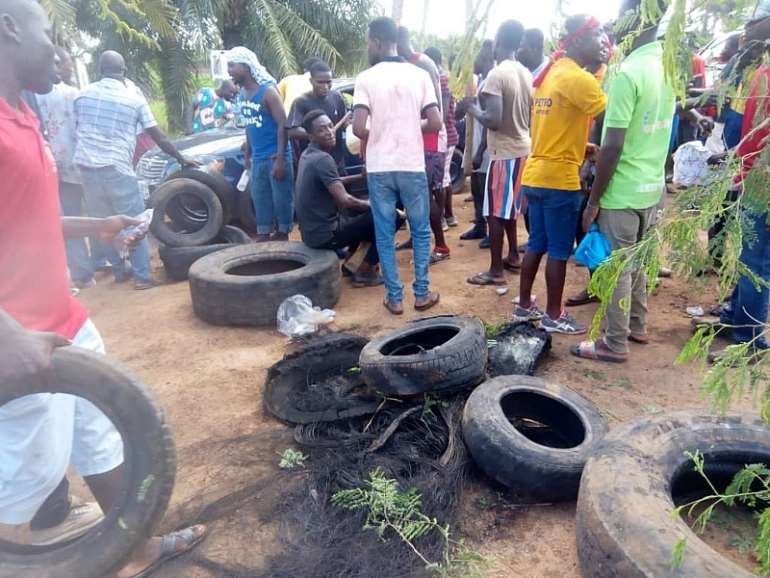 “The road from Gomoa Afransi to Gomoa Dego is very bad. The same applies to Joma to Dewurampong,” another driver added.

Nana Egyir, one of the demonstrating drivers explained that the dilapidated roads were constructed by then-President Jerry John Rawlings but has not seen any major reconstruction since it became dilapidated.

“I want to know why the government is treating us like that. We are Ghanaians and not Togolese neither are we Burkinabes so I don’t know why this is happening to us,” Nana Egyir said.

“We heard on some media platforms that our roads have been fixed by the government but I want to say that, it is a big lie and if they don’t fix our roads we won’t allow them to campaign here during the 2020 elections,” he added.

Some residents also indicated that the bad nature of the road has affected their daily lives. 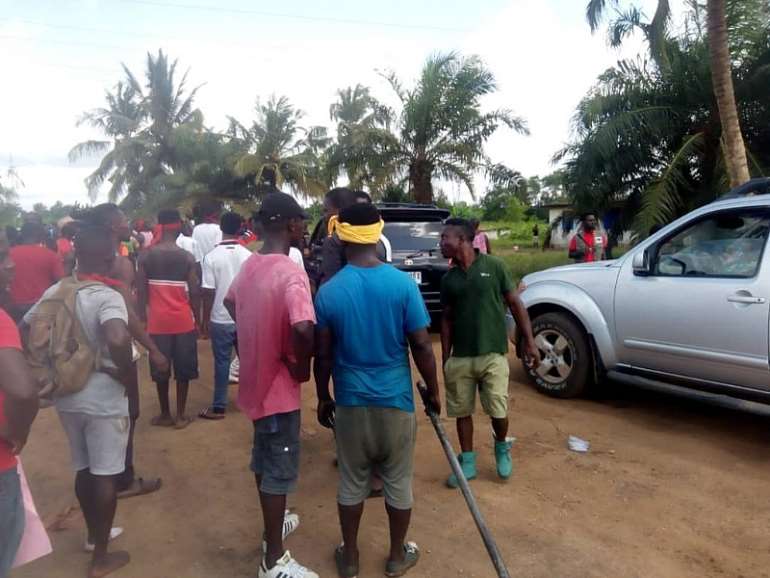 According to one teacher who gave her name as Diana, she is always late for school as a result of the bad nature of the road.

She added that the situation has become unbearable since she has no choice but to go through this situation on a daily basis.

“I am always late for work because of the bad nature of the road and taxi drivers constantly refuse to use the road because it causes damage to their cars. I sometimes have to wait close to three hours before getting a taxi to school,” she lamented.

Nana Eshun, a driver at Apam said the New Patriotic Party terminated road contracts awarded by the National Democratic Congress under former President John Dramani Mahama with the intention of reviewing the contract but has since not done that leaving the road to further deteriorate.

“I agree with what the Gomoa drivers have done today. This is because the NPP government cancelled the road contracts awarded by the previous administration and they said they were reviewing the contract but it has taken a long time and our roads are deteriorating by the day,” he added.