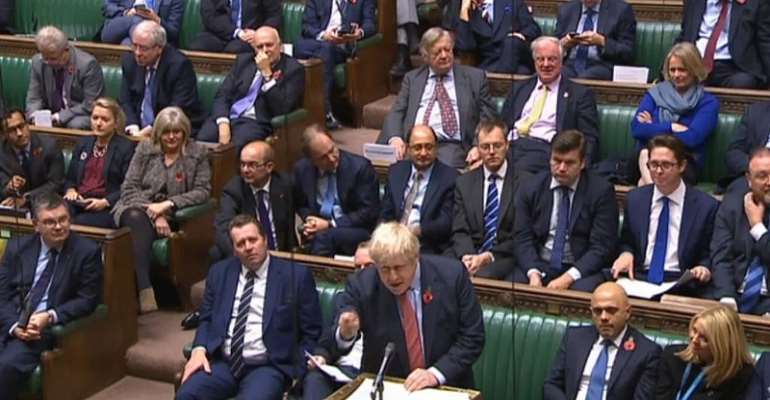 British lawmakers have agreed to hold an early election on 12 December, hours after the European Union formally agreed to postpone Britain's departure from the bloc, again, to January. The election, the country's third election in four years, is Prime Minister Boris Johnson's attempt to try to break the political impasse that has seen Brexit delayed three times.

The House of Commons voted 438-20   with dozens of lawmakers abstaining   for a bill authorizing the election. It will become law once it is approved Wednesday by the House of Lords, which is expected to back the plan, paving the way for parliament to be dissolved early next week.

Conservatives are ahead of the opposition Labour party in opinion polls, and Johnson hopes to win a majority in the lower House of Commons in order to push through his Brexit plan. But the results could produce a parliament as divided as the current one.

Johnson's failure to negotiate his own Brexit deal risks a backlash from voters. He was forced to ask the EU for a delay, a third, to 31 January, which was formally approved by the EU on Tuesday.

"Please make the best use of this time," European Union Chairman Donald Tusk said on Twitter.

In a move to unite his party, Johnson readmitted 10 of the 21 MPs he expelled last month for defying his Brexit plan.

Labour leader Jeremy Corbyn had refused to back an election until Johnson's threat to leave the EU without a deal was removed, but he said this was resolved by the three-month Brexit delay.

"This election is a once-in-a-generation chance to transform our country and take on the vested interests holding people back," he said Tuesday. The party is split over Brexit, and is banking that voters will want to talk more about other issues, like healthcare and education.