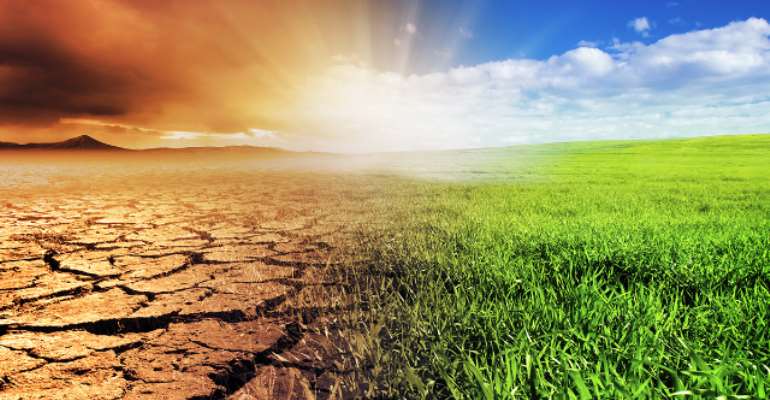 Sadly, the impacts of climate change caused by global warming, have never really registered on our consciousness as a people. It has meant that resilience-planning has not generally been considered by Ghanaian officialdom, and very little money is consequently earmarked for it, by governments of the day.

Yet, there are direct consequences from the effects of extremes in weather in terms of productivity and economic dislocation caused by unplanned spending to help victims of natural disasters such as flooding, for example.

The time has now come for us to set aside petty-pariochialism, and rally round our ruling élites, at this very dangerous moment in our history. Above all, we need to stop destroying the remainder of our nation's forest cover. It is not wise at a time of global warming. Nothing can justify that shortsighted and irresponsible attitude towards Mother Nature.

That is why we must encourage our nation's leaders to focus on making our country one with a system, which is robust, and resilient, enough, to cope with endless flash floods, serious coastal erosion caused by frequent tidal waves from violent storms far out at sea, and rising sea levels. Spending money on coastal defence, for example, actually no longer makes sense. That is a fact.

Moving communities to higher ground is the solution to the problem of dealing with the destruction wrought by rising sea levels. And, we must, for example, get used to flash floods turning city streets into torrid river courses that endanger lives, and cause serious damage to vehicles and roadside properties.

Above all, hard-of-hearing individuals who build in water courses must no longer be tolerated. They pose a danger to their neighbours and to society generally.

Finally, climate change poses the single biggest threat to our collective future, and well-being, as an aspirational African people. We must confront it, and deal with it, effectively and intelligently - or it will destroy all the gains we have made over decades of never-ending sacrifices across Ghana. Yoooooo. Hmmmm, Oman Ghana, eyeasem ooooo. Asem kesie ebeba debi ankasa.