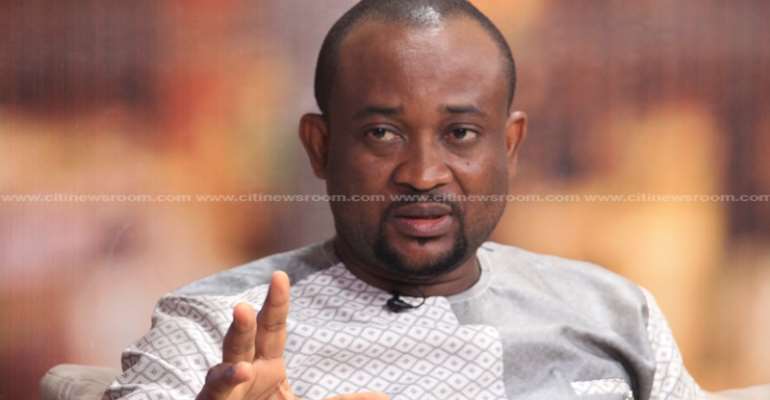 The governing New Patriotic Party (NPP) has once again made a strong defense of its ambitious policies and its large-sized government.

This latest justification comes in the wake of the recent call by the Institute of Statistical Social and Economic Research (ISSER) of the University of Ghana which urged government to review some of its expenditures in the face of a shortfall in domestic revenue.

But reacting to ISSER’s report on Eyewitness News, Deputy Information Minister, Pius Enam Hadzide insisted that the Nana Akufo-Addo government is still committed to improving the country’s socio-economic development through innovative interventions and with the supervision of key gatekeepers.

“If you have a President who is desirous to lift the country out of the conundrum in a quick manner, he has to set some targeted interventions and put people he can hold directly responsible [in strategic positions]. If you check the Transport Ministry, it has historically become one omnibus ministry with the vision and intervention of President Akufo-Addo. There is no doubt that the kind work done in the rail sector, is unprecedented in our the history. If you check the developments that are happening, the list can go on and on.”

“With the things that are happening in the aviation sector, we have been able to achieve things much quicker. If we wanted to see the things we are seeing in the rail and aviation sectors within two to three years, then it makes sense that we put people in specific sectors so that they can deliver within the time frame,” Hadzide argued.

Pius Hadize also mounted a spirited defence for the Ministries of Roads, Transport and Aviation shooting down on what seems to be their intertwining roles adding that the Ministry of Regional Reorganization has not lost its usefulness despite the creation of six new regions.

Government has over the past three years introduced several initiatives such as Free SHS, Nation Builders Corps, Planting for Food and Jobs among others in fulfilment of some campaign promises.

ISSER says the government needs to take a hard look at some of its expenditures following the decline in internally generated funds.

While these initiatives have proven to be popular, a Senior Research Fellow at ISSER, Dr. Charles Ackah believes that the government's revenue position cannot sustain all these ambitious initiatives in the manner in which they are being implemented and that the government needs to review its spending as a number of the new initiatives don't add to growth.

In its review of the 2019 mid-year budget, Dr. Ackah who is also Director at Center for Social Policy Studies at the University of Ghana, said Ghana's economy, projected to grow at 6 percent, is on the decline from a high of 8.1 percent in 2017.

Last year, the economy could only grow at 6 percent. With the government missing its first-half revenue target by GHS5 billion, Dr. Ackah stated that it is time to reprioritize its spending as more borrowing could lead to more interest payments.

This year alone, the government is projecting to pay as much as GHS19 billion in interest payments on its borrowings.