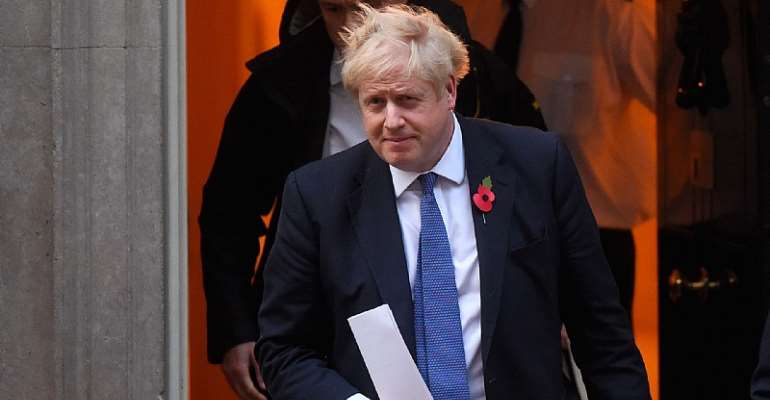 A pretty odd thing, this. The prime minister of Britain, supposedly of the conservative creed, making an almost violent dash against both parliament and the courts of law. While his presence is barely a patch on Margaret Thatcher, there is something about the Johnson rabble that reeks of demagogic aspiration. Thatcher, for one, was not a conservative but a neoliberal, a demolisher of institutions rather than their preserver. Society was the enemy; there were only individuals with ambitions, talents and desires.

Boris Johnson has increasingly found his country’s institutions, namely Parliament and the Courts, irritating, intrusive and even inconvenient. During the course of September, Johnson was using the language of belligerence and conflict, suggesting, according to James Butler, that he was “dangling his toes in the linguistic swamp of the alt-right.” The prime minister had attacked legislation preventing a no-deal Brexit as “the surrender act”. Opposition MPs were accused of being saboteurs. Jess Phillips MP, a backbench Labour MP, had her constituency office in Birmingham Yardley attacked and her phone line jammed “with people shouting traitor and cunt to my staff.” (Phillips had accused Johnson for using language “entirely designed to inflame hatred or division.”)

It was a strategy that drew criticism from former justice secretary, David Gauke. Gauke, amongst others, had been accused for meeting with the enemy – the European Union – in drafting the Benn Act, which obligates the prime minister under certain conditions to seek an extension to the Brexit withdrawal date.

This conspiratorial thesis of treason was dismissed by Gauke on Sky, “but even if it were true the use of language of that sort is completely disproportionate, completely over the top, and feeds into this narrative that anyone who doesn’t agree with No 10’s position is somehow unpatriotic or betraying the country, or an enemy, or wanting the country to surrender.”

To delegates of the 2019 Conservative Party conference in Manchester, Johnson was all shallowness and thunder. He had “seen so many things that give cause for hope, hospitals that are finally getting the investment to match the devotion of staff, schools where the standards of reading are rising through the use of synthetic phonics”. (A warning about Johnson: whenever he mentions anything touching on technology, decline and decay are poking around the corner.)

It was Parliament that had held up Brexit, embraced vacillation instead of action, and refused to go to an election, leaving everyone to “chew the supermasticated subject of Brexit.” This was a Parliament that had frustrated what “people” and “the whole world” wants.

In this narrow view, such institutions as Parliament are not supreme voices of the people but beneath them. Indeed, Johnson has made “the people” a spectral and all-too-holy entity, the voters he hopes will deliver him the crushing numbers that will enable him to make Brexit possible. They are his get out of gaol card, and he hopes to play it with aggression.

In his short and unsuccessful spell in office, the prime minister has attempted to exercise powers in defiance of Parliament, but failed. Both the highest courts in Scotland and England found against him, suggesting that he had sought the suspension of parliament for improper purposes. Spitefully and very much in the fashion of Johnson, he decided to shoot off a letter to European Council president Donald Tusk seeking an extension, as per the Benn Act, but preferred to leave it unsigned.

This gesture of scoffing was accompanied by two other letters: an explanatory note from the UK’s ambassador to the EU, and one specific to the prime minister himself explaining why he was not actually seeking an extension. His personal note warned that “a further extension would damage the interests of the UK and our EU partners, and the relationship between us”. In it, a solid blow was reserved for Parliament which had “missed the opportunity to inject momentum into the ratification process”.

In Britain, it is now clear that the country will head to another election in December. The Financial Times has dubbed it a “people versus parliament” election. This will be a vote, not merely on British sovereignty vis-à-vis the European Union, but a deliberation on who holds the reins of power within the United Kingdom. For Johnson, it is a horrendous gamble, one based on the hope that he will clean the decks and cleanse the stables of obstructionist MPs. His yearning is that of the authoritarian who can take charge. As his predecessor Theresa May found to her horror in 2017, these elections are unpredictable things, able to either return thumping majorities, as she had hoped, or whittle them down.