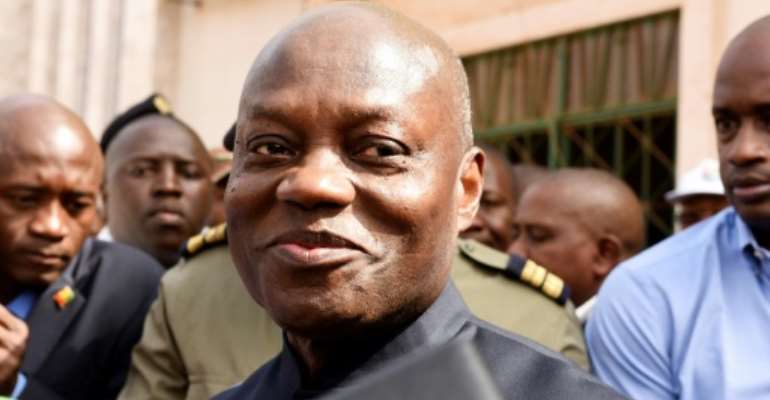 Guinea Bissau's political crisis deepened Tuesday less than a month before an election after the president sacked his prime minister -- who refused to step down.

President Jose Mario Vaz tried to put an end to months of confrontation between him and the government by firing Aristides Gomes and his whole cabinet on Monday.

On Tuesday, Vaz appointed former premier Faustino Imbali, 63, as the new prime minister in a decree, tasking him with forming a new government to steer the west African country towards the presidential election scheduled on November 24.

But Gomes defied the move, assembling his cabinet team and slamming the president for creating "total disorder" in the run-up to the poll as their bitter power struggle entered a new phase.

Gomes has the support of the 15-nation Economic Community of West African States (ECOWAS), which has been attempting to mediate in the political struggle between the government and Vaz.

ECOWAS has branded "illegal" the presidential decree sacking the government and warned it may impose sanctions.

Opposition supporters have been demonstrating in recent months for an election delay, complaining of a risk of voting fraud.

A clash between police and opposition demonstrators on Monday left one protester dead. Saturday also saw police put down an opposition rally.

Vaz, 61, has governed since 2014 in Guinea Bissau, a state stricken by poverty, corruption and drug trafficking.

Home to fewer than two million people, it has seen a series of coups since gaining independence from Portugal in 1974, as well as an 11-year civil war.

Vaz's five-year mandate ended on June 23 but he is staying on temporarily under an ECOWAS mediation plan.

He has vowed to stand again as an independent candidate.

The African Union, ECOWAS and the European Union have insisted the date of the presidential vote be maintained despite the political unrest to ensure the respect for the electoral calendar under the constitution.

ECOWAS said in a statement that any delay "risks plunging the country into a chaotic situation."

Vaz on Monday bemoaned what he termed a "serious political crisis which is preventing the normal functioning of the institutions of the republic" as he sought to justify sacking the government.

He has continually clashed with the African Party of the Independence of Guinea and Cape Verde (PAIGC), which enjoys a parliamentary majority after winning a March 10 legislative election.

He was himself thrown out of the PAIGC after sacking another prime minister, Domingos Simoes Pereira, barely a year after taking office.

After the March election, Vaz refused to nominate Pereira as head of government, turning instead to Gomes.

Pereira now hopes to take on Vaz as one of 12 candidates to date on the presidential ballot.