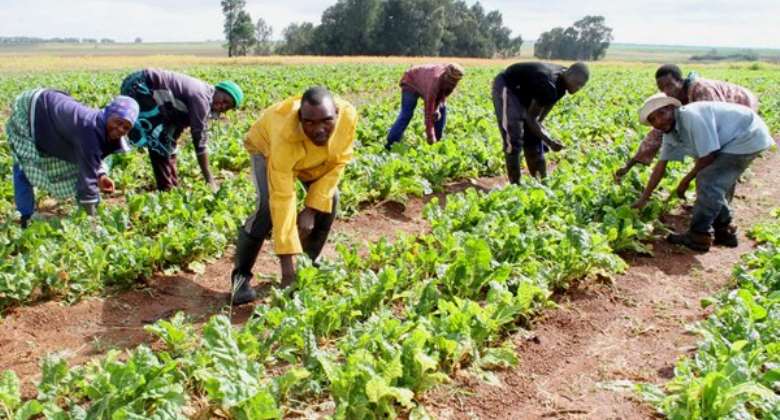 Africa didn’t come into existence or created to be dominated by other people but apparently, the richest continent in the world, much richer than Europe, talking about natural resources has become a target of destruction to feed the so-called developed countries.

In the name of slavery, colonization and then democracy, strong Europe and the United States of America dehumanized Africa, first, by occupying the territories, then displacing millions of people, used to build their own economic and social well-being.

Even in the years following decolonization, colonial masters still find possible ways to hold onto Africa, by implementing structural adjustment policies that would have strangled and removed autonomy from African economies.

They launched a series of agreements to keep up repressive dictatorships and governments that guaranteed states and western companies the exploitation of internal resources, the resources which without them Europe would have suffered severe crisis than what Africa is experiencing today.

Every African leader knows about the pain and destruction the continent has experienced in the hands of Western Europe and America but hardly speaks about it, in order to continue friendly relations and also to receive financial assistance coming to Africa from the developed world.

However, research revealed that aid and loans to the continent summed up to nothing, actually, over $203bn was taken from the continent, the same year Africa was given $162bn in 2015.

The fact that African leaders can’t utilize the continent’s resources and can't do anything on their own, despite how rich the continent is, opportunities have invited foreign nationals into the continent.

Everyone, including, the Europeans, the Chinese, Americans, Russians, want a piece of Africa to survive.

Under ruthless exploitation, Africa has suffered many man-made diseases, including Ebola. For example, 30% of the planet’s mineral resources, including oil, uranium, gold, diamonds, cobalt, columbite-tantalite, bauxite, iron ore, etc, are in Africa.

The Republic of Congo, which at one time was the personal property of the King Leopold of Belgium, is very rich in raw materials. The country has large reserves of columbite-tantalite, which is absolutely necessary for everything from mobile phones to computers and games.

According to analyses, there is still raw material in the Congo which estimates up to $ 24 trillion, yet the country is rapidly collapsing with Ebola and warring factions.

There are several phenomena taking place in Africa which is hard to explain but what the suffering Africans want to know is when will the leaders quell the pressure, intimidation, and blackmailing of the governments of sovereign African countries by the developed countries?

If the US government is not aware that the slave (Africa) will one day revolt against their masters (the West and America) because of their continued oppression and criminal activities on the continent, the government will not be busy building military bases around Africa and deceive African leaders that they want to help fight terrorism.

The purpose of those military bases is to quell any threat or uprising in Africa, against the West and the US government in the future.

There is impending danger ahead of the continent which either African leaders know or pretend to ignore. According to UN forecasts, the population of Africa will double. From 2016 to 2050, the continent's population will reach 2.5 billion.

That means if by then Africa is still depending on those looting the continent; there will be a catastrophe because what leaves the continent is much greater than what comes in, thus; the salvation of Africa lies in the liberation from imperialism and neocolonialism so that the continent will take control of their own resources.

After creating 290,000 new jobs and an unprecedented employment rate of 71 percent within five years, the Belgian Prime Minister, Charles Michel announced he would step down in early November, to prepare for his new job as President of the European Council, on December 1, 2019.

“Jobs, jobs, jobs, that was my obsession because that is the best guarantee for reducing poverty and strengthening solidarity,” said the outgoing Belgian leader. What can African leaders learn from this?

Above all, which African leader can boast of creating 290,000 jobs within five years as president? It's a shame.

Music Review: Did Obaapa Christy steal ‘The Glory’ song from...
10 minutes ago