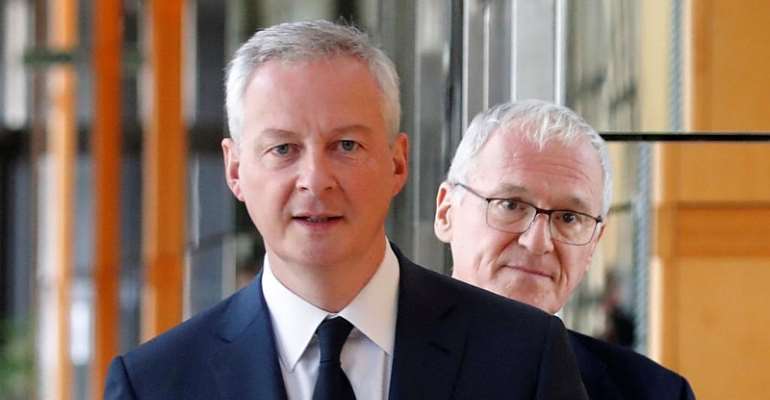 France is stepping up its push for influence on the African continent, with its flagship B2B event, Ambition Africa, which kicks off Wednesday for its second year. It comes as competition from China and other players for the African market is rife.

French companies are looking to expand their operations in non-European markets, and Africa with its fast growing population is a perfect choice.

But its African push won't be easy.
"The only sectors where France still has some influence is in the services, port management and telecoms sectors," comments Antoine Glaser, author of the book Arrogant like a French man in Africa.

To stand out in a market dominated by China, French companies are trying to reposition themselves as a source for sustainable development products and services.

"France is carving out a niche market around sustainability and water management because it's the only area where it can compete. The rest, like infrastructure and construction have been taken over by the Chinese," Glaser told RFI.

Sustainable way forward
French companies like Veolia and Suez have managed to secure contracts for water and electricity in countries like Gabon; and this year's Ambition Africa forum is geared around topics on urban development and Africa's energy mix; key themes ahead of the Africa-France summit on sustainable African cities in July.

The two-day event will gather hundreds of industry experts, entrepreneurs, and business leaders for discussions on how to move bilateral trade forward.

It comes at a critical juncture for France, amid fears of recession, and increased competition for the African market.

"The economic and social situation in the country is dire," says François Ndengwe, chairman of the African Advisory Board, which advises institutions on good governance.

A report by the Organisation for Economic Cooperation and Development (OECD) earlier this year warned that the French economy was slowing down due to global uncertainty and social unrest.

Bad reputation
For Ndengwe, Paris is stepping up its engagement with Africa because it has to find a new consumer market.

The continent "offers opportunities for France to improve its economic situation," he said, pointing to the country's high public deficit and stubborn unemployment.

However, Paris is "handicapped" because of its reputation as a former colonial power, which will make it "difficult to convince in particular the youth and African entrepreneurs that it is coming with a new view," he warns.

Ndengwe regrets that the conference skirts over the issue of the controversial CFA currency.

"It is the elephant in the room," he comments. "But unless there is a frank discussion on the issue of the CFA currency there will be no progression in francophone countries," he reckons, arguing that two centuries of bilateral trade with France has failed to yield substantial growth for the former French colonies.

"France is trying to mobilize its citizens of African origin, particularly those who are skilled and have been trained at its top companies, and use them as ambassadors in their countries of origin," comments for his part Antoine Glaser.

"These men and women are today being promoted to top positions and are being used as the face of France's strategy on the continent to help it win new markets," he told RFI.

The renewed interest in the African market is likely to be welcomed by the continent's leaders, keen for foreign investment. However, critics will be watching closely to see what transpires from France's African push in terms of concrete jobs and training, beyond slick PR.