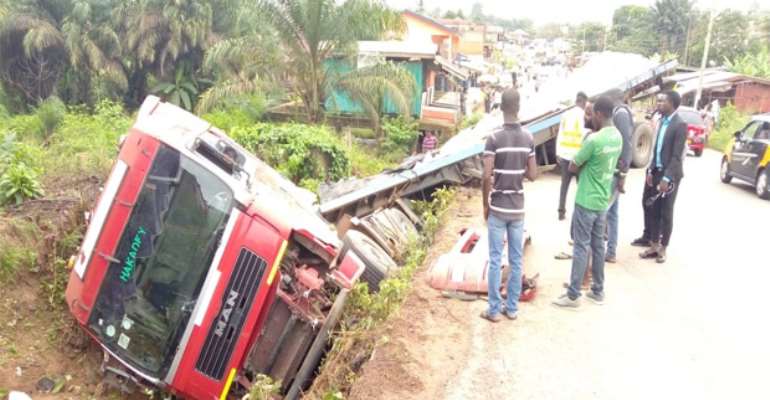 A long truck with registration number ER 1894 – 11 carrying about 900 bags of cocoa fertilizers from Tema to Akyem Achiase in the Achiase District of the Eastern Region has been involved in an accident.

The incident reportedly occurred at 2:00 am around the Akyem Oda Government Hospital. 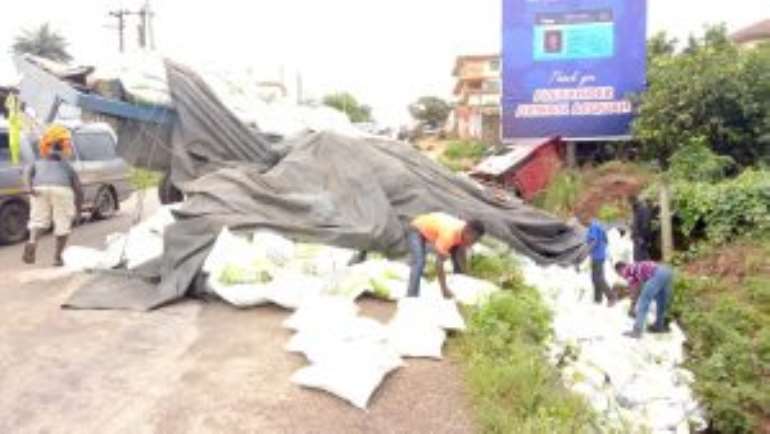 The driver and his mate sustained no injuries but some of the fertilizers got spoilt as the sacks got burst and fell into the stream.

The Akyem Oda MTTD Police commander, ASP Edmund Agyekum upon hearing about the accident, rushed to the scene with his men to control the traffic situation.

Meanwhile, as at the time of filing this report, NADMO officials were at the scene offloading the fertilizers to a safe place and also clearing the debris on the road.