'It's hell' without Compaore: Burkinabes miss dictator five years on 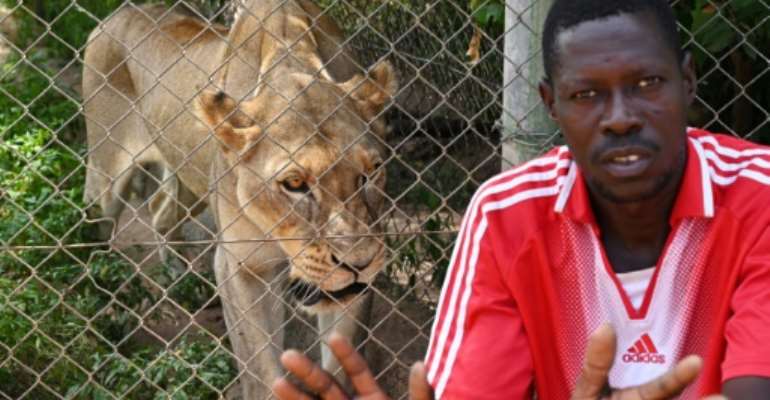 Dire living conditions in Burkina Faso have led to nostalgia for the days of strongman Blaise Compaore, ousted five years ago. The deprivation extends even to the former president's zoo. By ISSOUF SANOGO (AFP)

Five years after the people of Burkina Faso rose up against Blaise Compaore, chasing him out of the nation he ruled with an iron fist for 27 years, dire living conditions are prompting nostalgia for the old days.

"Before, there were projects, work, businesses," said Maurice Iboudo, a sales agent in Ziniare, home to Compaore's sprawling residence near the capital Ouagadougou. "Young people worked. Now that he's gone, there's nothing. It's hell," he added.

"All the people who did that (the uprising) didn't know this would be the result," he said.

The deprivation even extends to the zoo on Compaore's former presidential estate.

An emaciated lioness growls as a warden, Boureima Sawadogo, approaches her with food. "She gets fed only every other day," he said. "The monkeys died. Before, there were elephants, warthogs, pythons, zebras, giraffes... It's not like before!"

'We weep every day'

The nostalgia in the West African nation has parallels in the Democratic Republic of Congo and the Central African Republic, where Mobutu Sese Seko and Jean-Bedel Bokassa led brutal regimes.

For many, painful memories of corruption, poverty and autocratic rule have faded since October 30-31, 2014, when tens of thousands of Burkinabes took to the streets to prevent their president from ramming through a constitutional change to extend his rule.

Compaore fled the country to neighbouring Ivory Coast, where he is safe from extradition because he has dual nationality through his Ivorian wife.

The nostalgia has also been fuelled by a rise in jihadist attacks.

Until 2015, the landlocked country was largely spared the violence that hit Mali and then Niger, its neighbours to the north.

But jihadists -- some linked to Al-Qaeda, others to the Islamic State group -- started infiltrating the north, then the east, before also threatening its southern and western borders.

Combining guerrilla hit-and-run tactics with road mines and suicide bombings, they have claimed more than 600 lives, according to an AFP toll. Civil society groups put the tally at more than 1,000.

The army seems incapable of eradicating the scourge, whose impact on an overwhelmingly rural economy is escalating, disrupting trade and markets.

"It was a lot better before," says Mamadou Abdel Kader Traore, coordinator of the Movement for the Return of Blaise Compaore. By ISSOUF SANOGO (AFP)

"Now that he is gone, the terrorists have arrived," Iboudo said. "It's been five years, people are suffering. We want (Compaore) to come back. Everything will be fine if he returns."

The nostalgia has even crystallised into a group calling itself the Movement for the Return of Blaise Compaore, whose coordinator Mamadou Abdel Kader Traore plans events in honour of the former strongman.

"It was a lot better before," Traore said. "Today, we weep every day."

Activist Serge Bayala sees things differently. "We also want the rapid return of Blaise Compaore to Burkina Faso," he said. "But we will go directly to the courts."

Bayala, a member of Balai Citoyen (Citizen's Broom), a grassroots movement that helped bring down Compaore's regime, added: "He was run out of power (because of) bad governance, growing impunity and a certain number of blood crimes."

Compaore was only 36 when he seized power in a 1987 coup in which his former friend Thomas Sankara was ousted and assassinated.

His bid to hold on to power particularly angered young people in a country where 60 percent of the population was under 25.

Burkina Faso was among the bottom 10 countries on the UN human development index under Compaore -- and still is. By ISSOUF SANOGO (AFP)

Many were disillusioned by the establishment in a country which was stagnating near the bottom of the UN human development index -- where it still languishes today.

Bayala also challenged the idea that Burkina Faso was at peace under Compaore: "We don't all have the same definition of peace. You can ask whether there is peace when people don't eat, when they don't have education."

Bayala asserted that the lack of jihadist attacks under Compaore could be explained by the president's collaboration with Islamist groups.

A security source confirmed that Compaore regularly negotiated with Islamist groups and played a role in the release of hostages. "Burkina Faso was their sanctuary," the source said.