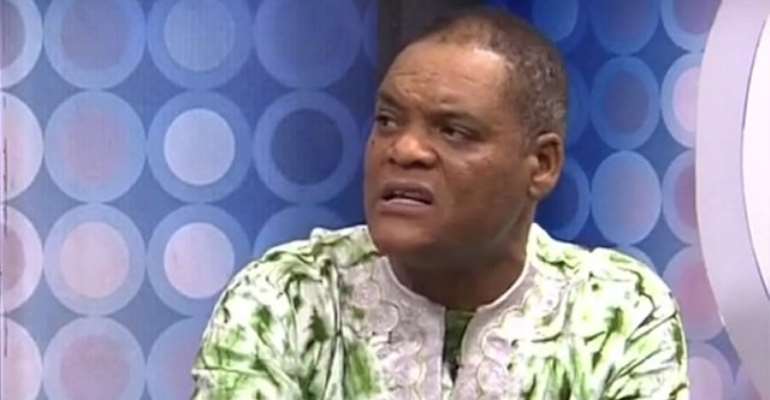 The 2016 flagbearer of the Convention People’s Party (CPP), has stated that the botched PDS deal is a true policy crisis which, beyond threat, fraud and disappointment, provides an opportunity for rethinking the fundamental economic direction of the country.

Ivor Kobina Greenstreet argues that it is an opportunity to “reclaim Ghana” based on a strategic mobilisation of the Ghanaian spirit and all her competitive advantages.

He said Ghana should focus on the quality as well gross sum of economic growth.

"Instead of always hyping economic growth that only benefits a few what we need rather is a strategy of growth which galvanises the society within terms of new approaches to growth such as the Developmental State which would expand the economy for the welfare of all and improve the standard of living for all Ghanaians in a meaningful way.

"We cannot continue this way. ECG must not be sold, contracted out or devalued in any other way under firehouse conditions. Is VRA next? If not for the partial nationalization of Ashanti Goldfields by the then Head of State, Col. Acheampong, based on a firm policy of mobilizing Ghanaian opinion for capturing the commanding heights, would there have been anything for Rawlings to sell later? …why sell your prized assets?” he asserted.

He said that South Korea, China and India, with fast-growing economies, have implemented carefully interventionist policies.

Continuing, he said that elsewhere in East Asia, Taiwan, Malaysia, Singapore, as well as other countries had various forms of state-led intervention policy directions that had been applied in different ways to suit their individual circumstances.

That is the important discussion we must have if we are to “Reclaim Ghana” and make the promise of “Beyond Aid” more than an empty slogan. We have the mental capacity to collectively think outside the box, Ghana can make it, he stated.

“Coming from the Nkrumahist party, I support the Beyond Aid argument in broad strokes. It is a logical outcome of the necessary fight against neocolonial imperialism especially when it is tactically construed to include a rights-based approach to Development which recognizes the righting of historical injustice” he said.

“I also take the President's invitation to us to assume active citizenship seriously. I have already begun a process of strategic conversations, strategic scenarios, strategic solutions and strategic planning towards contributing to the thought bank for acquisition of the features of a winning nation.

The time has come for us to critically discuss the meaning of our political as well as economic citizenship seriously. It should not just be a matter of transferring state assets to private Ghanaian hands. I stand for the working of our achieved commonweal into broad and equitable welfare...we have to reclaim Ghana” he concluded.