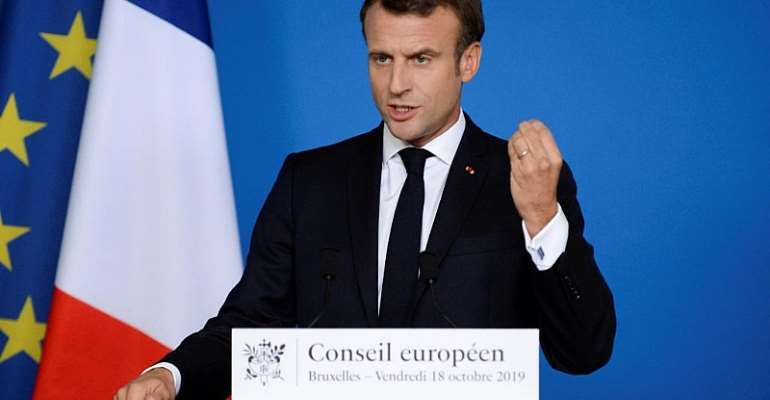 President Emmanuel Macron on Monday urged France's Muslim community to step up the fight against "separatism" as he toughened his rhetoric against Islamic radicalism in the wake of a deadly attack.

In a pre-recorded interview with RTL radio broadcast on Monday, Macron said he planned to fight, alongside Muslim leaders, against religious sectarianism and resistance among some French Muslims to integrate.

"It is a fact that a form of separatism has taken root in some places in our Republic, in other words a desire to not live together and to not be in the Republic," he said.

"It is in the name of a religion, namely Islam," he said.

Hours after Macron's comments, an octogenarian shot and seriously wounded two other men, in their seventies, who surprised him as he was trying to set fire to the door of a mosque in Bayonne in southwest France.

The man was arrested later near his home.
Government solidarity
After the incident, Interior Minister Christophe Castaner offered his "solidarity and support to the Muslim community."

Macron on Monday hosted representatives of the French Council of the Muslim Faith (CFCM) to press for joint efforts between the government and Muslims to crack down on radicalism.

Castaner, who attended that meeting, told AFP Macron had urged the CFCM leaders to "fight alongside the state" against sectarianism and Islamism.

The president told them he wanted to see a "change in rhythm" from the council, to wage a genuine fight against radicalism.

CFCM Vice President Anouar Kbibech, who was present at the Elysee talks, said the council would now make "very strong announcements" on the fight against radicalism at an extraordinary meeting called for Tuesday.

There has been an ongoing debate in France in recent years about the role of Islam in a republic built on staunchly secular values where Muslims now make up some 10 percent of the population.

Islamist attacks
The controversy intensified following a string of deadly attacks carried out by Islamist militants in 2015, including the massacres at the Charlie Hebo satirical magazine and Bataclan music venue.

The October 3 killing at Paris' main police station by Mickael Harpon, a 45-year-old computer expert who converted to Islam a decade ago and adopted increasingly radical beliefs, has again laid bare the tensions.

Eager not to be outflanked by the National Rally (RN) of Le Pen, Macron after the killings gave a tough speech where he vowed "an unrelenting fight in the face of Islamist terrorism".

He called on all of France to build "a society in a state of vigilance" in order to overcome what he termed the "Islamist hydra".