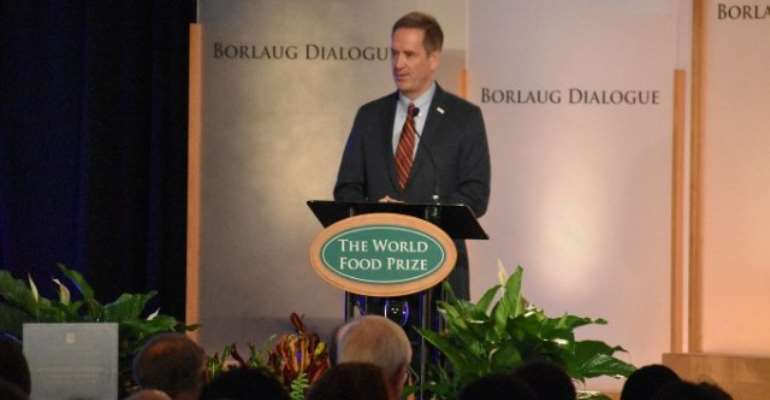 Ghana is set to benefit from a new U.S. Agency for International Development (USAID) grant aimed at boosting agricultural production in developing countries.

The $25 million Feed the Future Innovation Lab for Crop Improvement which will be based at Cornell University in the USA and implemented along with experts from Kansas State University and Clemson University will focus on improving crops for the benefit of the developing world.

The Innovation Lab will help advance plant breeding tools, technologies and methods aimed at delivering staple crops that can increase yields, enhance nutrition and show greater resistance to pests and diseases, an announcement from Cornell University’s College of Agriculture and Life Sciences disclosed.

A publication from Clemson University indicated experts from the three universities and other partners will initially collaborate with national agricultural institutions in Ghana, Haiti, Nepal, Senegal and Uganda to accelerate the breeding of locally and regionally adapted crop varieties targeted at smallholder farmers.

The university experts will work with scientists at the U.S. Department of Agriculture, Makerere University in Uganda and private sector companies Cultural Practices and RTI International.

The Innovation Lab will focus on improving crops such as legumes, roots, sorghum and millet, with the potential to expand to a variety of staple crops. Other crops such as banana and sweet potato will also be in focus.

The Innovation Lab will work with national agricultural research institutes in various countries. It will provide competitive research grants which will seek to encourage innovation and unlock opportunities for in-country scientists to work towards addressing challenges like nutrition, food safety and youth involvement in agriculture. 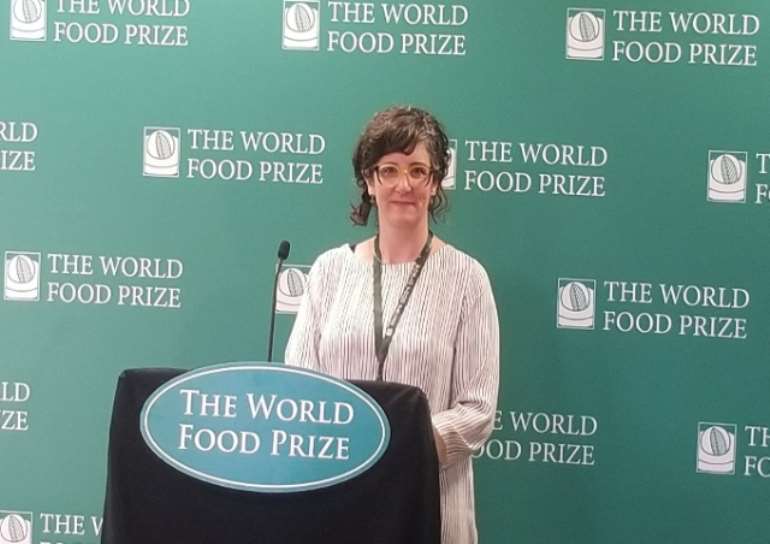 Prof. Stephen Kresovich who is Director of the Innovation Lab and head of the Advanced Plant Technology Program at Clemson University says the efforts are important in the light of major challenges facing the agricultural sector today.

“We are in a critical point in history where booming population growth, climate change and other environmental factors are exposing threats of global food insecurity at an unprecedented scale,” Kresovich said.

“Improved varieties of key food crops are one of the surest avenues to reducing risks from economic, environmental and climatic shocks for millions of people in vulnerable and resource-poor populations,” he added.

He said the agency is aiming at not only offering food assistance to residents of developing nations but also ensure they get access to the best technologies to deal with their food security challenges.

“Humanitarian assistance, including food assistance, is treatment, not cure. We must develop new technologies and partnerships that will not only assist displaced families in crisis settings but offer them livelihood opportunities wherever they can find them,” he said.

“We must ensure their plight doesn't sentence them to a life of dependency and stunted potential,” he added.

Green also disclosed USAID will soon set up a new bureau for Resilience and Food Security which will re-double efforts under the Feed the Future program to provide tools that people need to feed themselves and climb from poverty.

Hale Ann Tufan of Cornell University who is Associate Director of the Innovation Lab told a media briefing on the sidelines of the World Food Prize the new initiative will prioritise the interest of developing countries it will target.

“We really have a philosophy which will be a co-creation with national programs. We will listen to national programmes and respond to their needs and really give them the technologies and the tools to fulfil their national aspirations,” she explained.

About the World Food Prize

The $250,000 prize is the foremost international honour which recognizes achievements of individuals towards ensuring food security.

Founder of East-West Seed, Simon N. Groot of Netherlands won the 2019 World Food Prize for his company’s transformative role in empowering farmers in more than 60 countries over the last 40 years by making better quality seeds available to them.

He dedicated the award to smallholder farmers.

“Finally, in this huge world of global agriculture, you have recognized the small guys; the vegetable farmers of Asia, Africa and Latin America,” he said.

President of the DR of Congo Felix Tshisekedi, Former US Secretary of Agriculture Tom Vilsack, Rwanda’s Minister for Agriculture and Animal Resources Gerardine Mukeshimana, President of the African Development Bank Akinwumi Adeisina, Governor of Iowa Kimberly Ray Reynolds and retiring President of the World Food Prize Foundation Ambassador Kenneth Quinn, were all among the audience in the Iowa State capital for the event.

Hale Ann Tufan of Cornell University was also given the 2019 Norman E. Borlaug Award for Field Research and Application.

Tufan who is co-director of Cornell’s Gender-responsive Researchers Equipped for Agricultural Transformation (GREAT) project said women interests have to be prioritized in agricultural initiatives.

“Gender determines what a farmer has the right to access: land, labour, inputs, information, credit, technology, markets, machinery and much, much more. Women and girls face systematic barriers to owning and managing farms…” she observed.