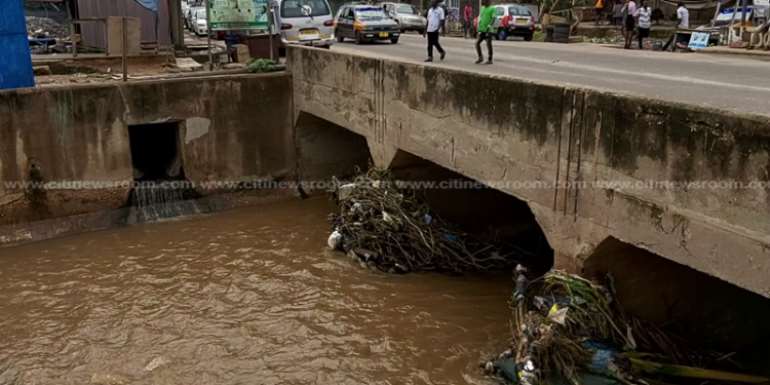 This comes on the back of the rise in flood waters killing eleven minors in the Ashanti Region in less than two months, with the latest being the recovery of the body of a nine-year old boy who drowned at Abuakwa on Saturday.

“You will have to pay something when you pick the garbage to the transfer site to dispose off it. But the stream still overflows so what do they want us to do? This is a temptation so the assemblies and the waste collectors have to come out with new bye-laws if people don't work with the old bye-laws. That is why I am calling for the new market to be established. When you get to the new Kejetia, it is quite different and very worrying,” Mr Nsenkyire said speaking to Citi News.

Flooding is a perennial problem in Ghana. In the capital and urban areas, like Accra and Kumasi, floods are mostly triggered by seasonal rainfall combined with poor drainage systems, the dumping of waste into waterways and the low-lying settlements.

As a result of these floods, many have called on the country's national disaster management organisation along with the military, police, and other emergency personnel to put in place measures to check the floods than wait for the destruction of property and lives before reacting.

According to them, the problem is that the reactionary measures don't deal with the underlying causes of the floods, or prepare people for them. And money that could go towards future prevention is instead spent on perpetual cycles of recovery.