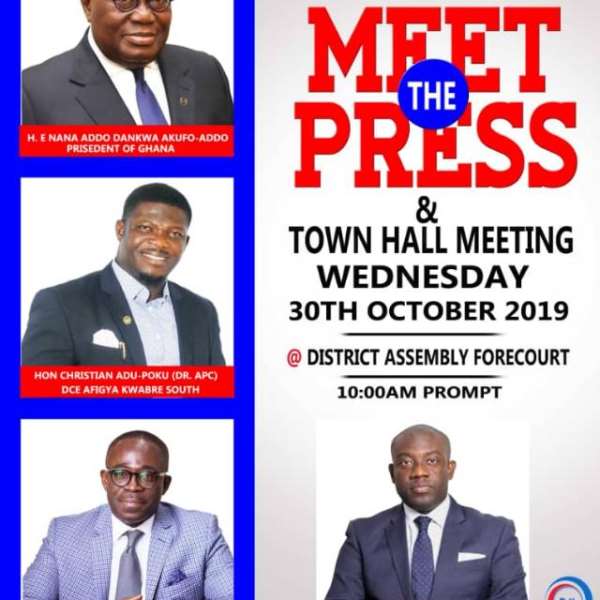 The District Chief Executive of Afigya Kwabre South, Hon. Adu Poku Christian has heeded to the directive of the President Akufo-Addo for MMDCEs call to hold "Meet The Press" sessions to brief Ghanaians on the progress of development so far in their administrative areas.

Hon. Adu Poku Christian, popularly known in political life as APC has responded to the directive by calling on the media to a press briefing session slated for Wednesday, 30th October 2019.

He explained that the maiden 'Meet The Press' session would be an opportunity to have a face to face interaction with the media to explain government's plans to develop his district and the positive outcomes.

He added that, specific reference will be made to government's $1m promise to each MMDA, 1D1F and many other identifiable promises fulfilled by his government in the Afigya Kwabre South District.

Hon. Adu Poku Christian announced that the event will be held at the forecourt of the Afigya Kwabre South District Assembly.

A town hall meeting is also scheduled as part of the event to discuss issues relevant to the administration of the district, welfare of the citizens of Afigya Kwabre South and the way forward.