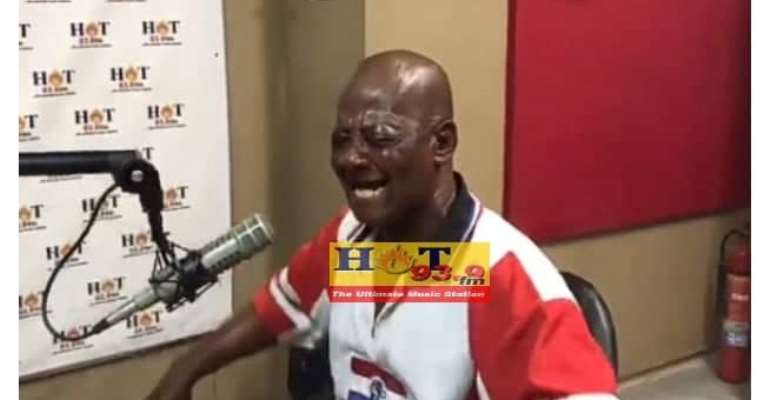 The saddest thing about betrayal is that it never comes from your enemies. It's extremely surprising how most times the people you’d take a bullet for, are the ones behind the trigger.

This is exactly the case of a staunch member of the governing New Patriotic Party (NPP), T.K. Aboagye popularly known as One Man NPP who has revealed that he has been betrayed by the bigwigs of the party.

According to One Man NPP, after working assiduously to ensure the victory of the party in the 2016 general elections, he has been neglected whiles those who never toiled for the party are amassing wealth for themselves.

“God will punish all the NPP bigwigs who used and dumped me… After all, I did to ensure our victory in 2016, those who never worked are now enjoying the fruit of my labour,” he sadly stated.

The outspoken NPP Man, who was speaking in an interview with Boamah Darko, host of ‘Maakye’ on Accra-based Hot 93.9FM accentuated extensively that:

“Most NPP members are very corrupt…they only came into the party to loot and share. When they realise that you don’t conform with their corrupt acts, they then sideline you…After 2020, I will not campaign for NPP.”

Shedding uncontrollable tears to the chagrin of listeners and the host of the show, Boamah Darko, One Man NPP, accused Member of Parliament of New Juaben, Dr.Mark Assibey-Yeboah of misappropriating funds allocated to him for projects in his constituency.

HotfmGhana.com brings you excerpts of the interview in the videos below!