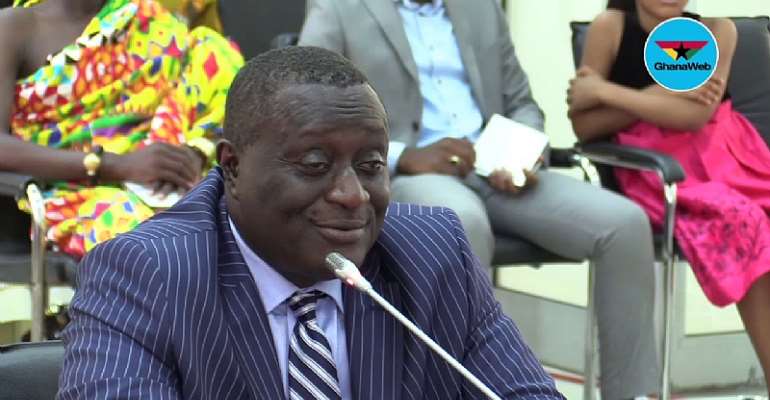 Member of Parliament (MP) for Jaman-South Constituency in the Bono Region, Hon. Yaw Afful, continues to keep faith with his constituents as he has once again reiterated his commitment to supporting education in his constituency.

In an interview with Alhassan Bin Jibril Spelele on Jaman Radio 'Time with your MP', the lawmaker revealed that over 2000 students have benefited from government hardship scholarships, assistance from the MPs share of the Common Fund etc. This, he said spans from the second cycle to the tertiary levels.

The MP who doubles as the Deputy Minister of Aviation indicated that three Physician Assistants and four medical doctors have been produced since assuming office in 2009 as part of this assistance from his share of the Common Fund.

He said before the introduction and implementation of the Free Senior High School program by the NPP government, about 1500 second cycle students benefited from government hardship scholarships and his common fund scholarship scheme.

The Jaman South MP, who is a toast of his constituents because of his objective analysis on issues since becoming an MP, has so far this year, is spending more than GH¢87,000 on school fees of some selected tertiary and medical students in his constituency.

According to a report, a committee was instituted under the directive of the Jaman South legislature to select brilliant but needy students for the gesture.

Hon Yaw Afful noted that the objective of setting up the scholarship was to first identify the most marginalised to ensure they get the best from education.

He said, education and health remained priority to him as representative of the people of Jaman South in parliament and that it serve as first-hand social intervention to the needy but brilliant students.

“As long as I remain an MP, it will be my hallmark to make sure that my people get the best in education and health. It has always been my pleasure to serve the people since I know that it is not going into the toilet. The only way to build bridges to the future is to educate. When it comes to education and health, we don’t have to play with it. These are the most social interventions that we must support.”

The Deputy Minister of Aviation said those students who had gone through their secondary education and had gained admission to tertiary institutions but without financial support would be major beneficiaries and for that matter, some 67 of them have been supported this semester.

He however advised the beneficiaries to take their studies seriously because they have been selected among the many applicants, saying “this shows you are blessed, so work hard and you would achieve your aim.”

“I want to urge the youth not to be drug addicts; you know it is common these days that the youth are involved in all manner of drugs. I want to encourage them to take their education very seriously.”

Hon. Afful further entreated the beneficiaries to make good use of the money they had received to sustain the foundation.

Meanwhile, some beneficiaries who called into the show expressed their appreciation and encouraged him to continue to support education.