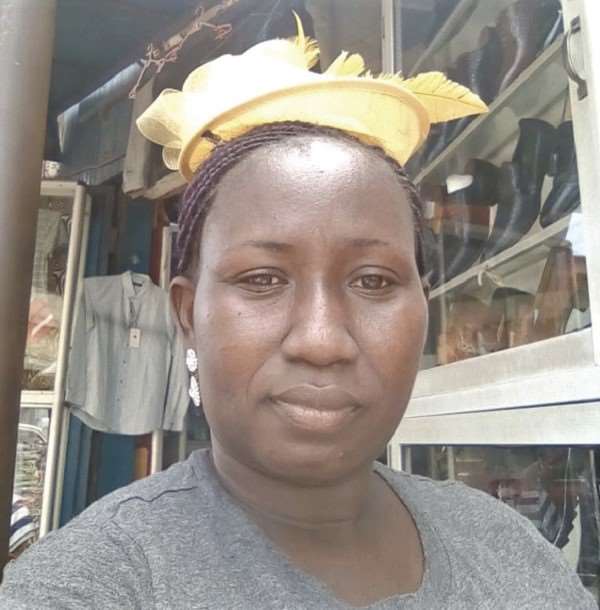 A man is in the grip of the police for allegedly stabbing his wife to death in the presence of his children at Dansoman Shiabu in Accra.

The suspect, Prince Korley Commodore, 48, was married to his wife, Dorcas Anafi Commodore, 37, for nine years.

Their children, both girls, aged five and eight, were said to have been in the bedroom at the time of the incident, with one of them screaming and saying “daddy you are killing mummy” a number of times.

The police saw a kitchen knife suspected to have been used to stab the victim.

Police Patrol
When contacted, the Dansoman Divisional Police Commander, Assistant Commissioner of Police (ACP) Isaac Kwadwo Asante, confirmed the incident and said the Ghana Police Service national control room received information that a man had killed his wife in a house at Shiabu at about 4:30 a.m. on Sunday, October 27, 2019.

The Dansoman Police Patrol team, upon hearing the information, followed the signal and located the house.

At the house, the suspect had locked himself up in his room and would not open it despite the police requesting him to do so.

The police then forced the door open and arrested him after the body of a woman was seen in the room with blood stains all over it.

The Crime Scene Management team from the headquarters of the Criminal Investigations Department of the Ghana Police Service was immediately called in to assess the situation.

The body has since been deposited at the Ghana Police Hospital Morgue.

Concern
When the Daily Graphic visited the compound house where the couple lived at Dansoman Shiabu, some tenants said the couple was always happy and were the envy of many.

They said the suspect made pronouncements which did not make sense on the night before the incident.

His worried wife, according to the tenants, called a pastor of their church and informed him about her husband’s weird behaviour.

After speaking to Prince Commodore, the pastor told the couple he would visit them the next morning.

Family members of both the deceased and the suspect had besieged the police station in either mourning cloths or ordinary clothes.

A relation of the deceased said he was worried about the children of the couple who had been handed over to the pastor while investigations continued.

“I cannot imagine the emotional effect of what has happened on the children. Just imagine a child as young as eight years witnessing her biological father killing her mother. It is a pity, isn’t it?” said the relation.