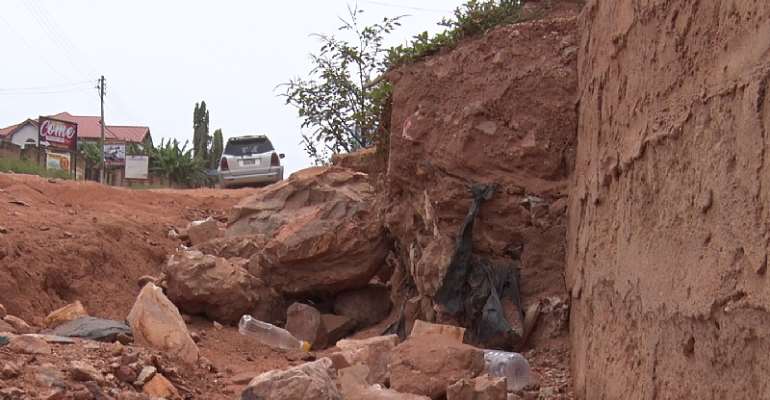 Residents of Broadcasting in the Ga South Municipality in Accra are calling on government to as a matter of urgency fix their bad road or they will boycott the upcoming 2020 general elections.

The road is in a deplorable state thus making mobility difficult and affecting business activities.

Speaking to Citi News, many of the residents stated that the roads have become a challenge for drivers, business and market women to drive and cart their goods to and from the area.

“Times are hard for us. Our cars keep breaking down, forcing us to visit the mechanic often. The government should fix the roads or forget about us voting here. We will block the road and demonstrate here even before the elections. We are calling on the government to fix our roads otherwise we will attack any politician who comes here to campaign. We are saying to the government, No Road, No Vote,” spokesperson for the drivers, Kofi Nsiah lamented.

Roads have always been a sensitive subject in Ghana.

The past few months have seen massive nationwide protests in which residents have complained bitterly about deplorable roads with the national capital also featuring heavily in these lamentations.

For many of these residents, the Akufo-Addo government has failed to fulfil its promises of constructing roads or rehabilitating them.

But the government says lack of access to the roads fund and a backlog of debts, has stalled its ability to satisfy the road requests of Ghanaians.

Government subsequently announced that it had released some GH₵2.2 billion to pay all debts owed road contractors in the country.

The Roads Ministry requested all road contractors to return to site and ensure successful completion of all their abandoned road plans following the release of the amount.

The Ministry said GH¢1 billion of the money will be used to pay for Government of Ghana agreements, while the GH¢1.2 billion will be paid into the Road Fund to settle other debts.