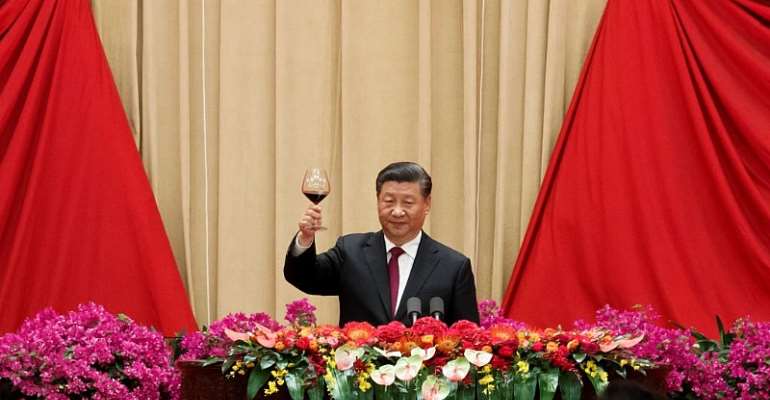 For the first time in 20 months, a full session of China's Communist Party Central Committee is being held in Beijing. The meeting takes place against a background of pro-democracy protests in Hong Kong, a protracted trade war with the US, and a slowing domestic economy.

News coming out of the closed-door plenary session, or plenum, of the Chinese Communist Party Central Committee is extremely scarce.

According to official news agency Xinhua, on Monday President Xi Jinping delivered a report on behalf of the Central Committee's Political Bureau, and "explained a draft document" of Central Committee decisions on "some major issues".

It is the first time since February 2018, that a plenum has taken place.

China observers say the sessions take place only after months of deliberation have ensured unity on policy decisions. Decisions taken at a party plenum are to be translated into law and carried out by government agencies.

President for life
“Xi Jinping was not eager to convene a party plenum earlier, because he was afraid of staunch opposition against some of the policies he initiated,” says Jean-Pierre Cabestan of Baptist University in Hong Kong.

“He is facing a lot of opposition within the party. Opposition to his revision of the State Constitution abolishing the two-term limit to the position of president of the People's Republic of China.” In March 2018, Xi pushed legislation that meant that he is now “president for life,” without obligation to step down at any given time.

“There was also opposition to the way he has handled the Sino-US trade war, how he has concentrated power in his hands. And how he contributed to stalling economic reform in China,” Cabestan says, after figures for 2019's third quarter showed a 6 percent increase, a slowdown from the 6.6 percent in 2018 and the lowest in several years.

On the eve of the Party Plenum, the hard-line, communist-party-controlled Global Times newspaper said that the CCP's Politburo would “uphold and improve the socialist system with Chinese characteristics, including modernising the country's governance system and capacity."

Fight against corruption
Cabestan translates this as “improving the efficiency of the way the government manages the country to make sure that policies that are decided at the top are really implemented by the local authorities,” pointing out that this means “less democracy, more central control.”

According to Cabestan, Xi was able to control central power in Beijing effectively, but “is not very much listened to at local level. That's always a been a big challenge in China, but even more with Xi Jinping as he has antagonised local leaders” with his relentless “fight against corruption” which he used in part to get rid of his political opponents.

Xi Jinping will now try and use the plenum to discipline those party members in the provinces who are reluctant to follow his line.

“Xi Jinping's main objective in convening this meeting is to make sure that everyone sitting in the Central Committee representing the various provinces in the country will become much more obedient to him and carry out his decisions."