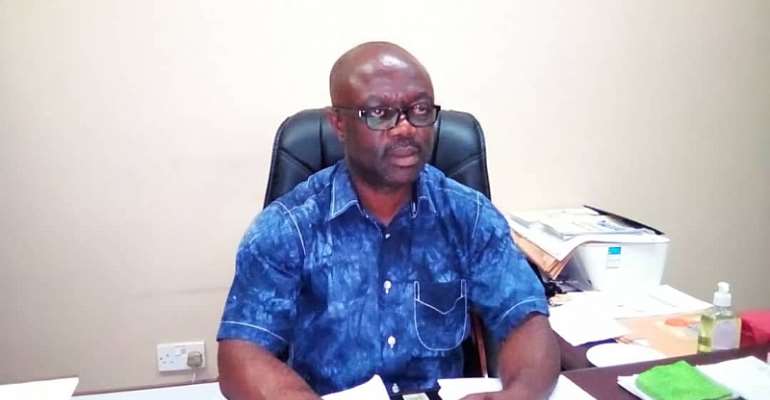 According to him, the school presented a total number of 731 candidates as compared to last year's figure of 146.

Mr. Gyamfi emphasized that the school recorded a 100% mark in French with the least grade being B3, adding that elective subjects such as Physics, Chemistry, Business Management, Economics and ICT (Elective) recorded a 100% pass.

“When Government absorbed the school into the public system in 2015, the school’s population was then 155, but currently, enrolment has increased up to 1,915 students. The Ghana Education Service (GES) has moved the school from Category D to A, making it one of the top schools in the country, following its superb academic achievements in recent times” he explained.

When asked about the secret behind this year’s success, he said, “It’s all about discipline and hard work from teachers and management. We have also put measures in place where candidates benefit from early preps. There again, those in form three do not participate in grounds work and others”.

“Since we now rock shoulders with the so called category A schools, we expect better results going forward. Better results are the way forward for the school and I think with hard work, dedication and commitment, we will achieve our goal” Mr. Gyamfi told Bryt Fm reporters.

In furtherance, he affirmed lazy teachers do not have a place in the school having been provided with the requisite materials that would propel them to deliver their best.

Touching on the challenges of the school, he was of the view that the school could not admit the 834 students who were placed in the school due to lack of boarding facility and has therefore called on government together with corporate bodies to provide support for the school.

The Headmaster, however, pleaded with corporate bodies to help the school get an Assembly Hall since they have been using the Dining Hall as a stop gap.

He, then, commended the Church of Pentecost for the step taking to construct a three-Storey dormitory block for the school as the construction of a fifteen-unit classroom block is underway by the government.