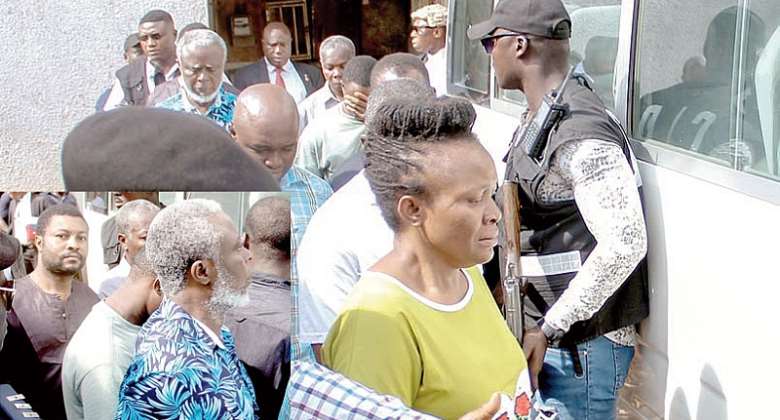 Lawyers of the nine persons standing trial for plotting to destabilise the state have accused the military High Command of invasion of privacy.

According to the lawyers, who have some of their clients with the Ghana Armed Forces remanded at the Military custody, anytime they have conferences with them, persons with the Defence Intelligence Unit sit-in and record their private conversation.

Lawyer Kodjogah Adawudu made this known to the Kaneshie District Court presided over by Her Worship Mrs Eleanor Botwe when the case was called on Monday, October 28.

ASP Sylvester Asare, prosecutor in the matter, on his part said nothing of that sought has come to his attention.

He however assured the court that he would liaise with his colleagues at the GAF to make sure the right thing is done and report back to the court.

Meanwhile, counsel for the accused person has said they have written formally to the military to complain about the development.