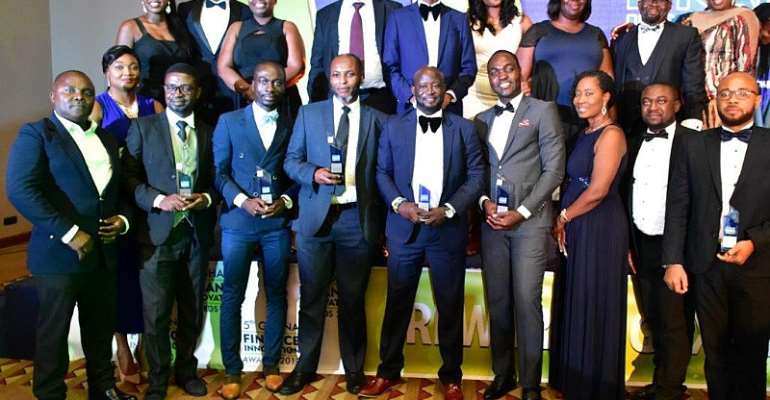 MTN Ghana has once again achieved a remarkable feat at the 5th Ghana Finance Innovation Awards held in Accra. MTN received six awards - making the company the highest award recipient of the night.

MTN Ghana was recognized in the following categories;

Receiving the awards, Modupe expressed excitement and appreciation to the organizers for the awards. He dedicated the awards to the Finance Team and to all MTN customers.

Commenting on the awards, the Chief Executive Officer of MTN, Selorm Adadevoh congratulated and commended Modupe for his exemplary and great leadership style. He said, “Modupe has reformed the Finance Division at MTN. He has contributed immensely in building a vibrant, formidable and highly skilful team.”

“As a responsible organization with integrity as one of its core values, Modupe and the Finance Team ensures that MTN files and pays its taxes regularly and on time. I wish to thank Modupe and his team for their sterling performance which has positively impacted Ghana’s economy and contributed to the development of Ghana through timely payment of taxes.”

The Ghana Finance and Innovation Awards rewards success, product innovations and various experts contributing to the building of a robust financial sector.

MTN has made significant strides in the Ghana CFO Awards which has been rebranded to Ghana Finance Innovation Awards.

About MTN Ghana
MTN Ghana is the market leader in the increasingly competitive mobile telecommunications industry in Ghana, offering subscribers a range of exciting options under Pay Monthly and Pay As You Go Services. The company has committed itself to delivering reliable and innovative services that provide value for subscribers in Ghana’s telecommunications market. Since its entry into Ghana in 2006, MTN has continuously invested in expanding and modernizing its network in order to offer superior services to a broad expanse of the nation.