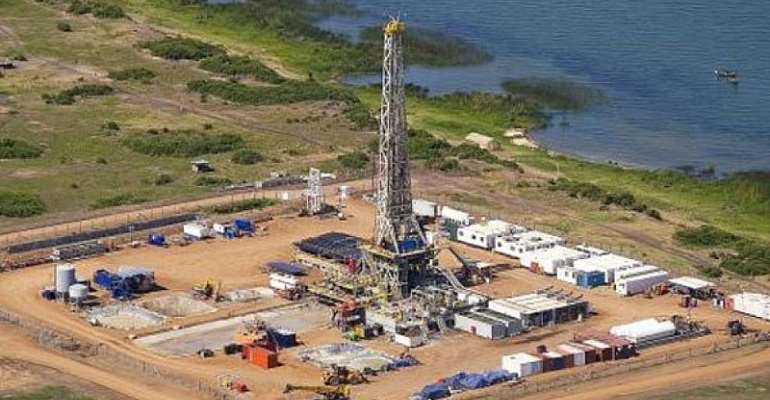 A case against the French petroleum giant, filed at the Nanterre tribunal outside Paris, is being supported by four French rights groups, including Survie, an organization specialising in the fight against hunger and corruption in the third world.

The plaintiffs accuse Total of violating a 2017 law requiring the oil giant to draw up a "vigilance plan" to prevent "serious infringements" of health and human rights as well as environmental damage on project sites.

The Tilenga project is expected to be a boon for Uganda when it begins producing some 200,000 barrels of crude a day, from the Western Ugandan oil fields, estimated to contain over 1.5 billion barrels of crude.

Bought off for a pittance
But the NGOs say more than 50,000 people living in the project site and facing eviction have not been properly compensated for their expropriated homes and farmland.

“The average compensation Total is paying for an acre of land was UGX 3.5 million (about 850 euros)” fumes Dickson Kamugisha, head of the Kampala-based Africa Institute for Energy Governance, one of two Ugandan NGOs backing the Paris law suit.

“In the same area and for the same amount of land, other companies, like the Ugandan Roads Authority, are paying people expropriated between 7 million and 20 million Shillings”.

Kamugisha acccuses Total of connivving with NEMA, the environmental regulator in Uganda to get a certificate of approval for them to begin the Tilenga project without a mitigation plan.

According to the rights advocate, in the environmental and social impact assessment report, they had highlighted 32 risks related to oil activities, and committed to come up with mitigation plans.

“Unfortunately they went ahead to get the certificate of approval without a plan to address the issues identified”, he explained, adding they “have all the evidence to present to court”.

Boon for Uganda
Total plans to drill oil from 419 wells situated around Murchison Falls National Park, the River Nile, Lake Albert, Budongo Forest Reserve, Bugungu Game Reserve and other communities with a pipeline scheduled to be constructed to transport oil from the region to Tanzania.

The Ugandan Daily Monitor newspaper quotes a spokesman of Total as insisting that the company is carrying out its work with due respect of national and international standards.

The official reiterates that the French company is “fully aware of the potential impacts of their activities on local communities and the need to pursue ongoing transparent dialogue to ensure that any concerns expressed are handled appropriately”.

Meanwhile, the Nanterre court is due to begin hearing the case brought against the French oil giant on November 9, according to Dickson Kamugisha, who heads the Kampala-based Africa Institute for Energy Governance.