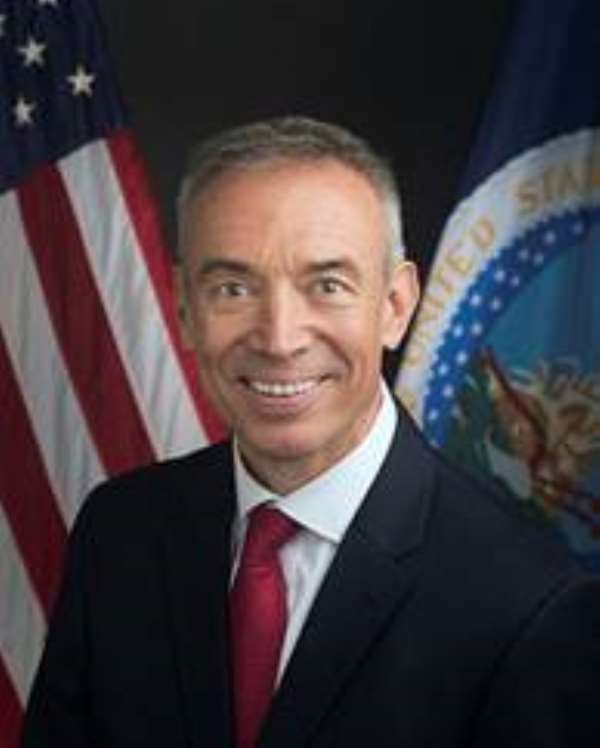 The mission will be based in Accra, Ghana, and will also include buyer delegations from Côte d’Ivoire, The Gambia, Nigeria, and Senegal.

“At USDA we are working to sell the bounty of American agriculture. West Africa is a bright spot with a growing middle class that are hungry for our delicious and wholesome agriculture products,” said Deputy Secretary Censky. “Through this trade mission and other efforts, USDA is proud to support President Trump’s Prosper Africa initiative, which is seeking to boost two-way trade and investment between the United States and Africa.

...Prosper Africa brings together the full range of U.S. government resources to connect the U.S. and African businesses with new buyers, suppliers, and investment opportunities – a win for the United States and for countries across the African continent.”

Mr. Censky is the Deputy Secretary for the U.S. Department of Agriculture. He was sworn-in on October 11, 2017 after being unanimously confirmed by the Senate. Mr. Censky previously served for the past 21 years as CEO of the American Soybean Association, a national, not-for-profit trade association that represents United States soybean farmers on policy and trade.

Mr. Censky began his career working as a legislative assistant for Senator Jim Abdnor (R-SD). Later he served in both the Reagan and George H. W. Bush Administrations at the U.S. Department of Agriculture, eventually serving as Administrator of the Foreign Agricultural Service where he was involved in running our nation’s export programs. Mr. Censky received his B.S. in Agriculture from South Dakota State University and his Postgraduate Diploma in Agriculture Science from the University of Melbourne, Australia. He grew up on a soybean, corn, and diversified livestock farm near Jackson, Minnesota. He and his wife Carmen have two daughters in college.