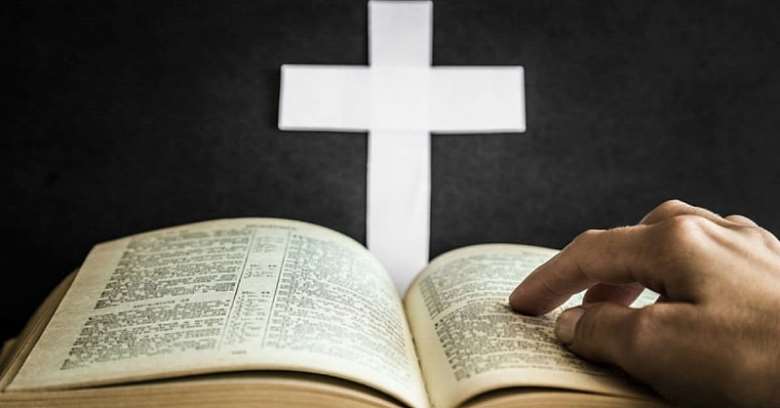 A TRUE Christian pastor is a bond servant of Jesus Christ. As a servant, he follows Christ, his Lord, 24 hours a day and seven days a week with the sole purpose of learning from Him and pleasing Him. To follow Jesus Christ is to learn to do what He did and how He did it when He walked the earth. It is also to do the things the Spirit of Christ tells you.

A servant of Christ may learn from the patriarchs — Abraham, Isaac, Jacob and other prophets and kings like Moses, Elijah, Elisha, Isaiah, Jeremiah, Daniel, David, Solomon and others. However, a faithful and loyal servant of Christ would single out Jesus Christ, and gladly make Him the greatest subject of learning, considering His superiority and faultlessness.

Such a pastor knows the command of Christ to His followers: “… learn from me … (Matthew 11:29) and the exhortation given by the apostle Paul to all believers including pastors to “be imitators of God, as beloved children (Ephesians 5:1). To be an imitator of God is to carefully learn from Christ Jesus, who is the express image of the Father. In other words, it is to live the life Christ lived in the world.

Now, in this article and the next one, we would learn about the prayers of Jesus Christ. We would specifically learn whether or not Jesus and His early disciples clapped their hands while they prayed and whether or not they cursed or prayed for the destruction or death of their perceived enemies. First, let us discuss the scriptural basis of violent clapping of hands in prayer.

Today, many pastors quote various passages of Scripture to justify the doctrine of clapping of hands when praying. For example, Ezekiel 6:11 reads, “Thus says the Lord God: “Clap your hands and stamp your foot and say, Alas, because of all the evil abominations of the house of Israel, for they shall fall by the sword, by famine, and by pestilence.” And then Numbers 24:10 which also reads, “And Balak's anger was kindled against Balaam, and he struck his hands together.”

Now, the question is: were Ezekiel, Balak and others when praying to God clapped their hands? Certainly not! They clapped their hands as a non-verbal gesture to express displeasure over evil things which had been done. Now, study how Moses, Joshua, Daniel, David, Solomon and the other believers prayed to God and received answers, and you would see that none of them clapped his hands. And when we learn from Jesus Christ, and the apostles we would see that they never clapped their hands while praying.

Scripture says in Hebrews 5:7 that, “In the days of his flesh, Jesus offered up prayers and supplications, with loud cries and tears, to him who was able to save him from death, and he was heard because of his reverence.” Jesus was heard not because He clapped His hands as He prayed, but because of His reverence, that is, because of the submissive, respectful and honourable manner in which He prayed.

When we learn from the prayers of Jesus, we see the reverence and humility He demonstrated. He often knelt down, prostrated or fell to the ground to pray to the Father. “And going a little farther, he fell on the ground and prayed…” (Mark 14:35). “And he withdrew from them about a stone's throw, and knelt down and prayed…” (Luke 22:41).

The apostle Paul developed the humble and reverent attitude of bowing his knee before the Father in prayer (Ephesians 3:14). And he instructed Timothy, his son in the Lord: “I will therefore that men pray everywhere, lifting up holy hands, without wrath and doubting” (1Timothy 2:8, KJV). Even under the old covenant, we see Solomon kneeling and outstretching his hands in prayer to God. Yes, we must lift our hands pure from sins as a sign of surrender to God.

In His book titled, “Clapping In Prayer: A Blessing Or Nuisance”, Pastor Peter Collins Obeng wrote: “In principle, there is no reference in Scripture where we are commanded to clap our hands in prayer. In practice, there is nowhere in the Bible you will find God's people clapping their hands in prayer. The physical gesture of clapping of hands in prayer has no place in both the Old and New Testaments. It's a mere religious practice, an empty deceit without any spiritual significance.”

“God isn't a robot to be put in motion or to be turned around by our religious practices anytime we want to. The Father does everything in accordance with His will or purpose. We all need to understand that He exercises righteousness and justice on earth. So, God answers prayers that are in line with His will. That's when we pray according to His Word,” Pastor Obeng wrote.

Now, as pastors and Christians, we have a duty to learn from Jesus Christ and the apostles. If they never clapped their hands, but knelt down or prostrated in prayer, we have every reason to do same. We may also stand and lift up our hands to pray as Jesus taught it. He said, “Whenever you stand praying… (Mark 11:25). Believers who truly belong to God obey His written Word. And when they sin and are warned, they quickly repent and return to follow Jesus.