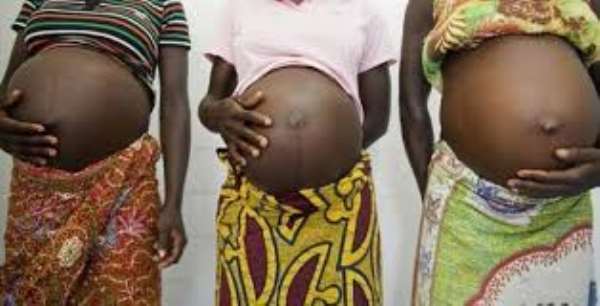 A total of 7,293 teenage pregnancies were recorded in basic and second cycle schools in the 2018/2019 academic year across the country, the National Director of the Girls Education Unit at the Ghana Education Service (GES) has revealed.

Mrs Seidu made the disclosure at the opening of the third Campaign for Women Education (CAMFED) Alumnae Association (CAMA) National Annual General Meeting in Tamale to review activities undertaken by CAMA in the year and to discuss and solicit ideas to develop strategic plans for the coming years.

The meeting was dubbed: “Positioning CAMA for the Next Five Years: Focus on Enterprise Development and Leadership for Nation Building”.

She, therefore, called on heads of schools to give support to such victims to enable them to fulfil their ambitions and desist from driving them out of school.

The Programmes Manager at CAMFED Ghana, Ms Rashidatu Iddrisah, said in partnership with the MasterCard Foundation, her outfit was set to implement a five-year Young Africa Works (YAW) programme aimed at reducing unemployment among young people in the country.

The National Chairperson of CAMA, Ms Ruka Yaro De-Liman, told the Ghana News Agency (GNA) in a separate interview that teenage pregnancies and child marriages were prevalent in the country, and that the practice hindered sustainable growth among victims. She added that the YAW strategy programme would help to inculcate confidence in the beneficiaries.

She appealed to members of the public who forcefully gave out their girls for marriage to desist from the act, saying it was an abuse of their human rights.