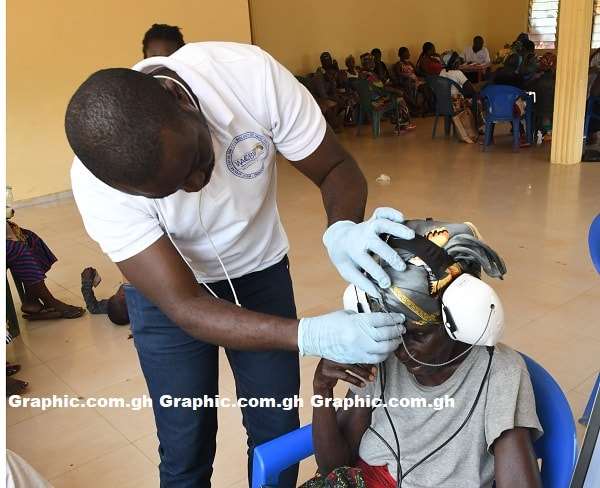 Scientists at the University of Ghana have identified a gene that is the major cause of inherited deafness in the country.

The scientists at the West African Centre for Cell Biology of Infectious Pathogens (WACCBIP) at the university collected samples from children in the 11 schools for the deaf across the country.

The findings also indicated a 1.4 per cent carrier frequency rate among 145 healthy Ghanaians who were screened randomly, suggesting that among every 145 Ghanaians, two are likely to carry the defective gene that can be passed on to their children.

Known as the Gap junction beta 2 (GJB2) or Connexin 26, the gene directs the production of proteins that make up part of the inner ear.

Being recessive, carriers of the gene, who inherit just one defective copy from a parent, have normal hearing. But those with two flawed copies, one from each parent, have hearing loss that can range from moderate to profound.

The Ghana-led research is one of the several advances that will make it possible to offer genetic testing in the country to help people determine why their families are hearing impaired and also to check the spread of the gene.

Supervision
A Doctor of Philosophy (PhD) candidate, Mr Mawuli Adade, conducted the field research which was approved by the Noguchi Memorial Institute for Medical Research Ethical Review Board and the Special Education Unit of the Ghana Education Service.

It was supervised by a biochemist, Professor Gordon A. Awandare, and two experts in Audiology at the Korle Bu Teaching Hospital — Prof. Ambroise Wankam and Prof. Geoffrey Amedofu.

Methodology
The study results, which were published in the medical journal, Frontiers Journal, last month, showed that 1,104 medical reports of the students in the 11 schools for the deaf were reviewed to identify selected participants.

Ninety-seven families with at least two members living with hearing impairment and 166 individuals who did not have any family history of the condition were then identified.

A detailed family history was obtained from all participants and consent forms were signed prior to enrolment.

The record of each participant was reviewed by a medical geneticist and an ear, nose and throat (ENT) specialist and blood.