Dormaa: 68 Get Scholarships In Universities 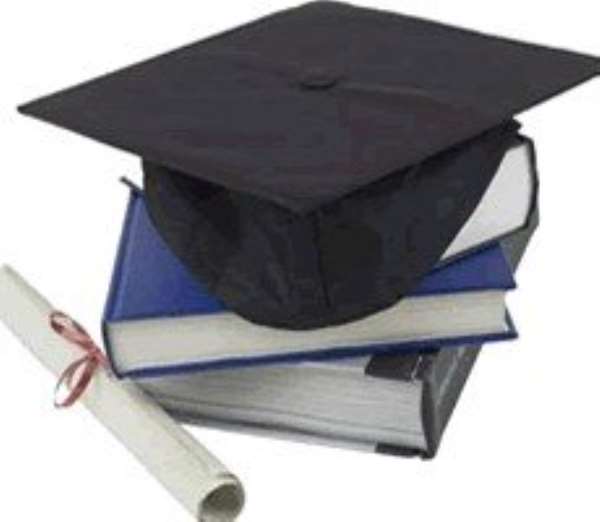 Drissa Ouattara said the decision to award the scholarship to the beneficiaries came after the Municipal Scholarship Committee successfully conducted interviews for potential applicants.

"A total of GHC 80, 011.00 was allocated to Dormaa Central Municipal Assembly. The scholarship covers only tuition and to be renewed annually," the MCE said.

The Ghana News Agency reports that Mr Ouattara said this in an address at final session of the ordinary Assembly Meeting of Dormaa Central Municipal Assembly held at the Old Assembly Hall in Dormaa Ahenkro.

He called for the renewal of the Sanitation Improvement Package with the Zoom lion Ghana Limited since the Assembly has no capacity, in terms of equipment to dispose of refuse generated in the Municipality.

He said there is the need to sustain the clear-up exercise in various communities and educate residents on proper disposal of refuse to avoid outbreak of cholera and other communicable diseases in the Municipality.

Mr Ouattara said the fumigation of refuse sites, public toilets and potential breeding grounds of mosquitoes and other insects has been carried out to reduce the incidence of malaria and yellow fever.

Mr Ouattara said seven out of the nine zonal councils in the Municipality have been restructured and resourced with personnel but were yet to be provided with logistics such as computers and motorbikes.

He said that an amount of GHC 149, 870.00 would be disbursed to 106 shortlisted for physically challenged persons in October.

"I wish to state that majority of the items have already been supplied. The disbursement will include medical bills, support to business, educational support, shoe making materials, deep freezers, supply of agricultural inputs among others.

He said the Assembly has received a total of GHC 257, 002.27 as its share of the Capacity Support Grant under the Ghana Secondary City Support Programme for the implementation of various activities to achieve the projects indicators.

Mr Ouattara said the Environmental Protection Agency (EPA) has visited the sites and granted permit to proceed with the procurement process for the construction of the new transport terminal.

He expressed the hope that these projects will help uplift the image and economic status of Dormaa-Ahenkro.