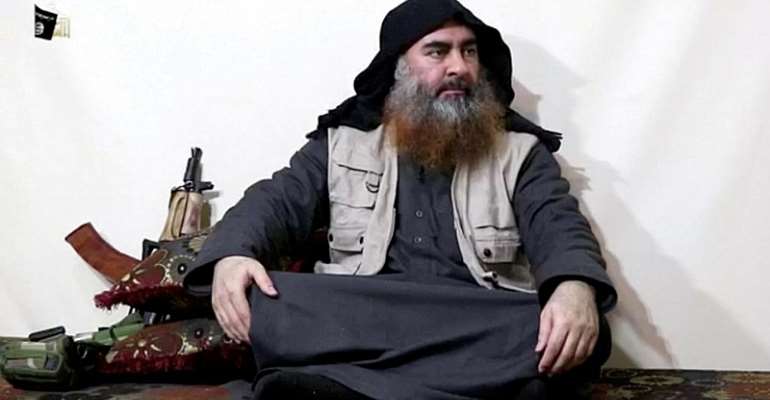 Armed Forces Minister Florence Parly congratulated France's allies for leading the operation that resulted in the death of Islamic State armed group leader Abu Bakr al-Baghdadi. In a statement she congratulated “our American allies for this operation" while calling for "continuing the fight relentlessly" against his organization.

In two tweets published shortly after President Donald Trump announced the death of the jihadist leader, the minister said: "Early retirement for a terrorist, but not for his organ.

Shadowy IS leader
The shadowy leader of the Islamic State group who presided over its global jihad and became arguably the world's most wanted man had declared himself "caliph" over millions of people in Iraq and Syria in 2014.

The announcement unleashed a volley of violence that killed thousands, displaced millions and left cities across both countries in ruin -- including Mosul.

Five years after he made their hometown infamous as the heart of his "caliphate," residents of Iraq's Mosul said Abu Bakr al-Baghdadi's death should be marked only one way - with "a huge party."

"The people of Mosul should have a huge party," said 37-year-old city resident Khaled Waleed, wearing a baseball camp and white shirt.

"This criminal, this butcher Abu Bakr al-Baghdadi, he killed and slaughtered everyone," he said bitterly.

Born in Iraq's western Samarra in 1971, Ibrahim Awad al-Badri took up the name Abu Bakr al-Baghdadi as he rose through the ranks to become IS's feared chieftain

His fighters burst into Mosul in the summer of 2014 and he made his first and only public appearance shortly afterwards to declare an Islamic "caliphate."

Jihadists imposed a strict interpretation of "sharia" there: music and smoking were banned, and any perceived violations were met with brutal punishments -- including public beheadings.

No US troops were killed or injured in the raid, Trump said.

As U.S. forces bore down on al-Baghdadi, he fled into a "dead-end" tunnel with three of his children, Trump said, and detonated a suicide vest. "He was a sick and depraved man, and now he's gone," Trump said. "He died like a dog, he died like a coward." Al-Baghdadi's identity was positively confirmed by a DNA test conducted onsite, Trump said.