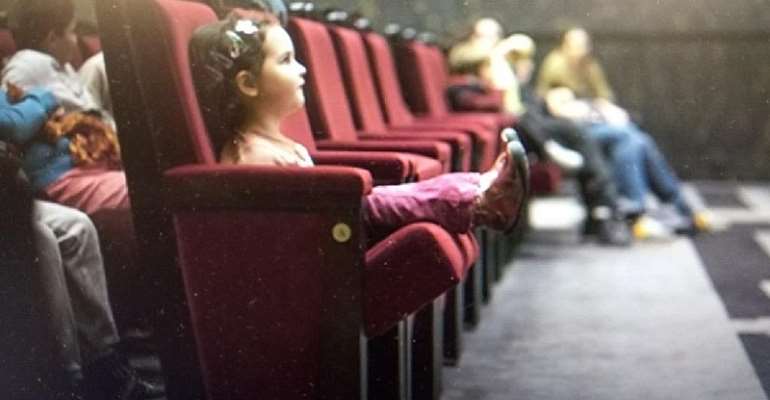 "Mon Premier Festival", the annual Paris-wide film festival tailored to the tastes of the youngest cinema audiences, has French actress Léa Drucker as this year's special guest, a focus on Russian and Soviet animation films, and a focus on French the films of French director Michel Hazanavicius, including his 2011 international hit, The Artist. The closing ceremony is on 29 October 2019

With six Césars, five Oscars, the US equivalent, seven UK Baftas, three US press Golden Globes, a couple of prizes at Cannes amongst a total, staggering, 150+ awards for his The Artist, and its crew, French film director Michel Hazanavicius could be considered too lofty for a lesser-known film festival in Paris aimed at children. Happily, it seems he's quite the opposite.

He speaks with RFI's Rosslyn Hyams about his films in focus at the 2019 "Mon Premier Festival", his big winner and the 2006 spy spoof, OSS117 - Cairo, The Nest of Spies, his next feature, Le Prince Oublié, (The Forgotten Prince) with Omar Sy, as well as his own focus on childhood in film.

A age-old Parisian treat
The Paris City Council supports the "Mon Premier Festival" to encourage children from the age of 18 months to the young-at-heart to indulge in the cinema experience.

For some children, it may be the first time they go to the cinema as they are only 18-months-old. For others, from pre-school up, they may never have had a chance to see films on a big screen because of the expense or time/distance factor.

Some of the municipal culture centres in Paris programme the festival's film for easier access and also for the experience.

The Studio des Ursulines, is one of the oldest in Paris. Established in 1926 its festival bill is topped with the just-released in France, Shaun the Sheep: Farmageddon, and the 2011 Russian animation film Cheburashka and Friends plus the 2014 Japanese animation, The Tale of Princess Kaguya.  The Studio, known for a year-round child-friendly programme is also showing Jean Cocteau's legendary 1946 Beauty and the Beast. It may be stretching it to say that this black and white love story starring Josette Day and Jean Marais hasn't aged at all, but it remains enchanting.

Other historic cinemas taking part include the revamped Egyptian art-deco Louxor near the Gare du Nord, and the younger, trendy and also revamped Entrepôt in the south of Paris, founded in 1975 by the former TV cinema-show host, writer and ex-culture minister, Frédéric Mitterrand.

A jury of nine school children aged 9 to 11 will award a prize to their favourite film and for film score.

The film En sortant de l'ecole (On the way out of School), is composed of 13 animation films based on the work of four French poets Jacques Prévert, Guillaume Apollinaire, Roibert Desnos and Claude Roy.

Film favourite
In 2018, the French National Cinema centre, CNC, counted 417 movie screens in the French capital, from art-house to multiplex, in 85 establishments.

The latest CNC box office figures for France are encouraging. They reached 11.17 million for the month of September 2019, which is a sizeable increase of three percent year-on-year.