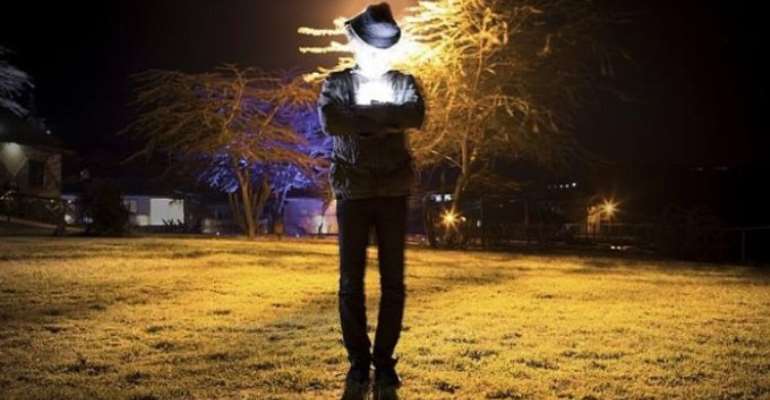 In 2011, Ghana was Africa's second-largest producer of gold. In recent years, it has been home to a multibillion-dollar industry which, according to the Observatory of Economic Complexity, accounts for nearly half of the country's exports.

But this rich resource has also attracted a network of scammers who, posing as legitimate gold traders, dupe buyers out of their money.

Working with an associate who posed as a wealthy investor from the Middle East, he met scammers, collected documentation, visited a small-scale illegal mine, and eventually handed over his findings to the police.

Rewind recently caught up with Anas to discuss what it took to cover the story, and what has happened since.

Perhaps most precious to Anas is his anonymity; known for conducting interviews from behind a mask of hanging beads, he explains that he keeps disguised for "security reasons" in a climate otherwise dangerous for investigative journalists.

He sometimes risks his life to cover stories, but he says this was somewhat less of a concern in this investigation.

"There were fears initially, but all got dwindled down as soon as we realised that we had done proper work before taking the action," he says about following the scammers.

"But there were fears of them coming or not coming ... whether they were able to smoke us out or not. Those fears are real and it happens in many other stories. But fear for our lives, I think, was a bit more minimal in that story."

While scammers still operate in Ghana, Anas believes that a country's willingness to hold fraudsters accountable is what matters most.

"Gold scammers will always be there. But the bigger question is how prepared is your nation to fight these. In most African countries we have willing police service who are; if you take the evidence to them, they will want to take those steps. So yes, it is horrible, we have scammers all around. But what is clear in this film is that there are people who are also willing to take down these scammers," he says.

The court cases against those he helped arrest are still pending, but he says "they are likely to be jailed."

He has faith in the justice system, explaining that people he exposed in the past now sit in jail, and that the courts work - even if they take some time.

"I do know that sometimes the system grinds slowly but I've seen results. And I don't have to get frustrated by that," he says.

"I think it should instil in me a sense of wanting to push the frontiers forever. And I think that people are beginning to see the realities, the hardcore evidence is there. And when you attempt, no matter how slow, it gets done."