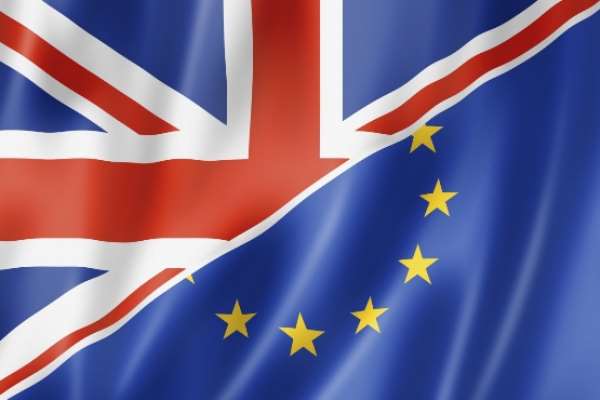 The smorgasbord of Brexit terms has been further plated up with the latest acronym: the WAB or Withdrawal Agreement Bill. It comes in at 115 pages, with an added bonus of 126 pages of explanatory notes. For something seemingly so significant, not much time was on offer for those in the Commons to peruse, let alone digest it. Rushed before the members last Monday, Prime Minister Boris Johnson was hoping that the most significant constitutional change to Britain in decades would be a push over.

The WAB is intended to give the agreement between the UK and the European Union legal substance. But Halloween looms. The stress from Prime Minister Boris Johnson is on speed. What characterises the WAB from previous incarnations under the May government are various hooks to catch members of parliament who might otherwise dismiss it. A significant concern among Labour party members, for instance, is the issue of workers’ rights. By all means, initiate Brexit, but what of those protections incorporated under European law? Are they to go by the wayside in an ugly act of pro-corporation fancy?

The political declaration underpinning the Brexit transition deal for trade talks between the UK and Brussels makes it clear that “the future relationship must ensure open and fair competition, encompassing robust commitments to ensure a level playing field.” Workers’ rights drawn from EU law will continue in a Brexited Britain, with some unclear commitment to ensure “non-regression” in subsequent laws (that is, any subsequent laws after the transition period not abridge those rights).

The problem with this should have been evident to anyone noting the absence of the level playing field concept in the deal, which is instead found in the words of the non-binding political declaration. What the WAB does is actually make Northern Ireland the subject of level-playing field logic, permitting the rest of the UK to dabble in threatening alternatives.

On Saturday, the sweeteners on bringing in rebel Labour MPs into the fold seemed to sour. Documents obtained by the Financial Times suggested that commitments on workers’ rights and the environment had left considerable “room for interpretation”. The Brexit deal might well be, not just a matter of flexible interpretation but a boon for corporate vengeance.

It gave Labour’s Jeremy Corbyn, erratic of late, a platform to suspect the motivations of the government. Labour shadow Brexit minister Jenny Chapman found the revelations unsettling. “These documents confirm our worst fears. Boris Johnson’s Brexit is a blueprint for a regulated economy, which will see vital rights and protections torn up.”

This might well be true, but the EU can hardly claim a sense of purity in the guardianship of workers’ rights. A certain strain of EU jurisprudence suggests hostility to workers in employment law, while providing certain dispensations to corporations. Decisions by such bodies as the European Court of Justice have demonstrated that the right to strike is secondary to the freedom of employers to relocate their concern, a feature found in Article 43 of the EC Treaty which strikes at any fetters of “freedom of establishment”. In 2007, the ECJ notably found in the Viking Line case that a trade union’s threat to strike in an effort to force an employer to conclude a collective agreement constituted a restriction on the freedom of establishment.

The Laval case furnished another example of pro-company logic over union action. In that instance, the point of issue was how industrial action might square with freedom of movement under Article 49 of the EC Treaty. The Swedish building workers’ union had attempted to force Laval’s Swedish subsidiary to accept a collective agreement covering 35 Latvian workers sent to Sweden to refurbish a school. Negotiations failed; the company was picketed and eventually went bankrupt. In hearing the case against the union for compensation, the ECJ held that the Posted Workers Directive guaranteeing equal protections for posted workers and those in the host country, was inapplicable. It was too onerous to expect service provides to take part in peculiar collective bargaining practices. Economic uncertainty was the enemy.

In a sense, both EU diplomats and their Brexit ministry counterparts have kept up appearances, talking about level playing fields when knowing full well that the corporate sector will be well catered for, Brexit or otherwise. Tory government ministers, caught unawares, rallied against the leaks discussed by the FT. The Brexit department decided to ignore the document altogether, a habit that seems to be catching in Whitehall. The government, according to a spokesperson, “has no intention of lowering the standards of workers’ rights or environmental protection after we leave the EU”.

Junior business minister Kwasi Kwarteng dismissed it as “completely mad, actually.” It would make little sense “at all to dilute workers’ rights” given that some nineteen Labour MPs had actually voted for a second reading of the Brexit bill. Business minister Andrea Leadsom was also quick to deny the veracity of the reports. “The story is not correct. UK will maintain (the) highest standards of workers’ rights and environmental standards when we leave the EU.”

The feathers of environmental advocates have also been ruffled. Affirmations and promises made have been unconvincing. Benjamin Halfpenny, representing a coalition of environmental groups including Friends of the Earth and the National Trust, insists on additions to the Environmental Bill that will shore up broader European protections. “The government has had plenty of opportunities to put a commitment to existing standards into law, but has thus far not done so.”

In the tug-of-war between Brussels and the UK, it is clear that Britain, in angling for future free trade deals, will be tempted by the genie of deregulation and the self-imposed reduction of standards for the sake of a competitive advantage. It might well be that EU and UK diplomats are being rather sly about this: the EU is facing its own internal challenges and wishes an exit to take place within orderly reason. It cannot afford a messy divorce, a point that will looked upon by dissenting groups within the bloc. But should the Johnson’s deal become a reality, fans of working welfare and environmental standards will be left disappointed.

Construct your own roads if you can build GHS5m mansions; st...
13 minutes ago