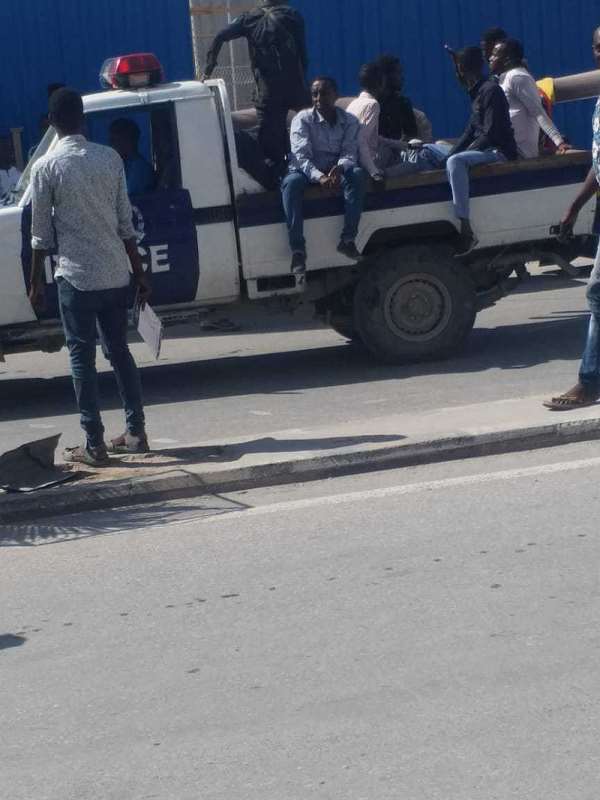 Journalists Farhan Mohamed Hussien, Yonis Durraan Ali and Yahye Olad of Kulmiye radio, Ali Aden Mumin from Goobjoog and Ahmed Ali Barre from Universal TV were arrested while covering aggravated demonstrators who took to some streets in Mogadishu on Sunday. The Protesters who were drivers of civilian buses have been complaining about additional taxation imposed by the federal government on them and an increased road blockage that affected their day-to-day work. Governnment police have closed KM4 and Zobe junctions and dispersed the demonstrators. additionally, the troops detained some bus drivers.

Journalists who spoke to FESOJ after their release told that they were forced into a police car while conducting their normal work, some experienced torture and damaged & lost equipment and were arrested in Howlwadaag district police station for about an hour.

The journalists were released unconditionally after the intervention of Mogadishu Mayor Omar Flish who ordered the journalist to be released as quickly as possible.

“We firmly condemn this police crackdown, which did not spare journalists who were just doing their job, said Mohamed Ibrahim Moalimuu, the Secretary-General of Federation of Somali Journalists (FESOJ) . We call on police chiefs to respect, and ensure that their personnel respect, the work of journalists during demonstrations and the press should be allowed to cover this period of national importance without fear of retaliation.” Moalimuu added.

FESOJ thanks the Mayor of Mogadishu Omar Mohamed Mohamud “Filish” for his understanding and for his quick order to the release of journalists. It is a good sign that some government officials are sympathetic to journalists when faced with illegal detention. 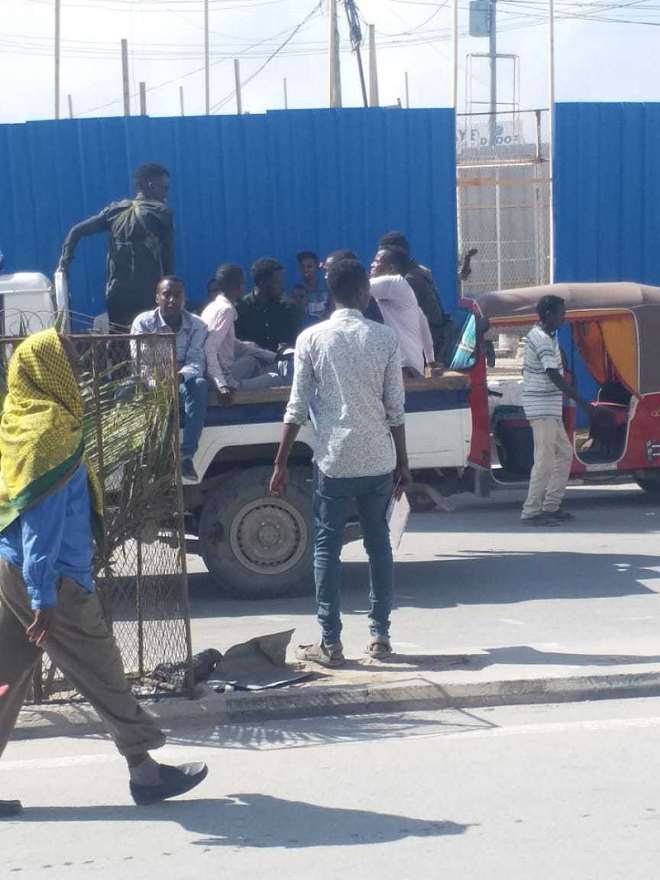