Tunisian liquid gold: layers of history in a drop of olive oil 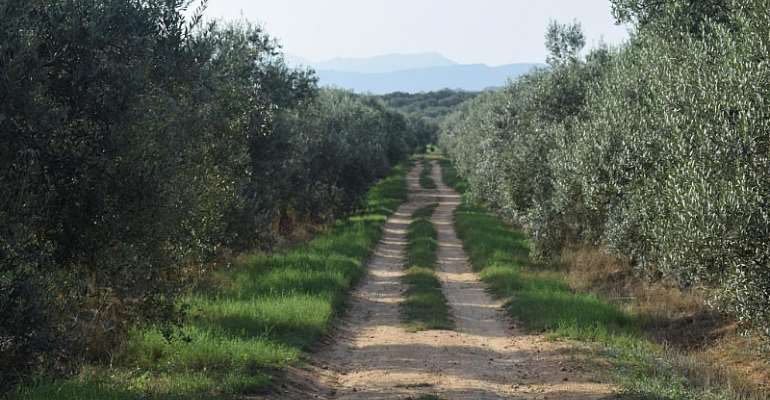 The rising star in the world of olive oil, or liquid gold to some, is not found in Europe but in North Africa-- in the small and often overlooked country of Tunisia where olive trees have been intertwined with its culture for thousands of years.

Olive oil production in Tunisia is considered to be the second-or-third-largest in the world, depending on who you to speak to, and also one of the more underrated producers by comparison with Italy, Greece, Spain, Palestine, Syria and Jordan.

Tracking olive oil
The origins of olives are found in areas along the eastern Mediterranean, including southern Turkey, Syria, Lebanon, Palestine and Israel.

Proof of the crop's existence came from artifacts found in ancient tombs, such as tablets, olive pits and wood fragments that date back more than 6000 years.

But there is a connection between Tunisian olives and the Middle East, and it harkens back to the days of the Phoenicians: an ancient Semitic-speaking people who founded a civilization in 2500 BC that lasted until 300 BC.

They originate from what we now call Lebanon today.

Phoenicians and olives
In 814 BC, the Phoenicians established Carthage that sits right at the tip of modern day Tunis, the capital.

Olives began to spread across the Mediterranean around 500 BC, due to trade by the Phoenicians.

Those olive trees eventually made their way into Tunisia, where they took to the ideal land and climate and flourished.

The romans invaded Tunisia in 146 BC and put an end to the Carthaginian Empire.

Their occupation of the area began by destroying all evidence of the Carthaginians and their history. But the one thing they didn't destroy were the olive trees which had been absorbed into the local culture by the native Berbers.

And that has made its way into Tunisia's culture that is still going strong thousands of years later.

Olives and Tunisian culture
In the middle of the Sousse medina, I meet Ali Ghedira, who runs a cosmetics store based primarily on olive oil.

He maintains that everything was cured with olive oil when he was a young boy, simply from tradition and medications being too expensive.

“Caring for a sick person meant putting a bit of olive oil on his head or his stomach and all would be good,” Ghedira explains while showing me around his store displaying numerous soaps, creams and oils all made from products sourced in Tunisia.

Years ago he worked other jobs, “but then I decided to come back to my roots, to my childhood, because olive oil is the best oil that exists in this world for eating and for curing!” exclaims Ghedira.

After losing his Museum of Olive Oil to vandals during the 2011 revolution, he decided to concentrate on cosmetic products based on olive oil and now has a healthy clientele.

Near the tourist hub of Hammamet, Hammed Hajri, a sound and light producer who still lives amongst his family's olive groves, shows me around an olive farm that is nestled in a picture-perfect landscape of distant mountains and olive trees galore.

“In our wedding, in our marriage ceremonies, it's [a] shame if you do not cook with olive oil. It's [a] shame!” he notes.

“In history, we used to exchange olive oil [for] tomato, pepper, potatoes from other farmers. So it was [used] as if [it] was a currency,” adds Hajri.

“My grandmother usually healed the grandsons if they have [a] stomach ache or if they have fever; they just dip the baby in the olive oil.”

Resilience
Olive trees are naturally very resistant to disease and weather changes, so they can in fact live for hundreds, if not thousands of years.

Here in Tunisia there are two who have reached that level of maturity (and respect).

One 2500-year-old tree is found in Haouaria, at Echraf in the north eastern tip of the country.

“Last year it gave something like one ton and 200kg of olives. Just one tree, which is a pride to Tunisian people,” beams Hajri.

A second tree, called Zeitouna Lakarit, is found in the south in the Berber village of Jouira, is 900 years old.

Olive theft
This olive farm I'm visiting has 9,500 trees, which equates to a high olive oil production, even though olive trees only bear a full load of fruit every other year.

Jdidi Hala has been working here for 14 years. He explains that it's impossible for an olive tree to produce an abundance of olives every year.

But throughout the year, he remains vigilant and loving of his trees; so come harvest time, in late September to December, the trees will be good to him.

He also has to look out for thieves.
“They [the thieves] choose the most harvested one and they harvest the low parts. . . . So when you walk around this big farm, you don't see it at first glance. But with experience we now know what to look out for,” explains Hala.

As the price of oil continues to rise, thieves now enter the groves at night and hack off a branch that has about 20kg of olives.

But that means the tree is wounded and won't produce much in the years to come.

To stave off thieves, guards now circulate the groves at night and prickly pear shrubs mark the land as a way to discourage intruders.

Harvest
The olives are picked when the temperatures start to drop-- that ensures the trees produce more oil to keep the olives alive.

And when the olives start to change colour from green to brown, that signifies a high oil content and that they are ripe for picking.

Hala explains that women are hired for the picking season and all 9,500 trees are harvested by hand, not a machine.

“We bought five machines, but we discovered afterwards that they harm the trees since they cut all the olives and branches and the leaves…since then we've come back to using hands.”

Once the olives are collected, the farmers send them off to an olive oil mill. There are more than 1700 of them dotted across the country.

Production levels
Olive oil export is the country's number one agricultural export, about 15 percent of the economy producing up to 14,000 tons of olive oil, explains Sonda Larouissi, an expert olive oil sommelier based in Sfax.

In the past five years, the country's levels of production have become more competitive on the international market and its quality has started to get more attention.

But with a weakened economy, especially since the Revolution of 2011, the industry is having a hard time breaking into the international market.

Instead, the weak economy has meant more foreigners come to Tunisia to buy olive oil at local prices that is then shipped back and resold under a different local label.

So there's no mention of its Tunisian origin.
And many do so by taking advantage of law 72, a loophole that has cost the country nearly 43 billion dinars, or about 13 billion euros between 2006 and 2016, says the Tunisian Observatory of Economy.

The law allows non-residents to invest in the country, in sectors such as agriculture. But these foreign companies do not have to pay any tax to the state.

And while exporting local products to their country of origin, if a profit is made, they are not required to pay any back to Tunisia.

No options
The farmers often have no choice to sell to foreigners in Tunisia if they can't afford to get their products to take off in the international markets says Larouissi.

“The dream of an olive oil producer is to sell his olive oil in a bottle as a Tunisian product with his own label. But it's not so easy,” she adds.

“I really hope that one day the consumer outside of Tunisia, outside the country, will really discover the real image of this Tunisian olive oil. All that they need is to come, see, and taste,” says Larouissi.