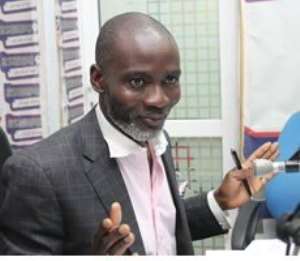 According to him, he cannot fault anyone for the PDS debacle and called for Ghanaians to be fair to all individuals and parties that were involved in the deal.

“We should celebrate Ghanaians who are doing well and have sympathy for the Ghanaian shareholders in PDS. They worked very hard but to no avail,” he said.

Government terminated its concession agreement with PDS on the instruction of President Nana Akufo-Addo on Sunday.

In an interview on Asempa FM’s Ekosii Sen, Mr Otchere Darko, who is related to President Akufo-Addo stressed that he believes what has been described as fraud detected in the agreement was not from PDS.

“I was not for this whole ECG concession and have no interest in PDS but I believe PDS did not commit any fraud but if there is anything fraud then it is from Jo Australia and Al Koot,” he said.

To Gabby Otchere-Dako, no new company was added to bid for the concession after NPP took over and so he expects those claiming the whole PDS is a family and friends deal to stop criticising government.

“All six companies were shortlisted before Akufo Addo assumed power so what is family and friends. Akufo Addo did not like the 80-20 arrangement in the ECG concession when he became president so fresh discussions were started,” he added.