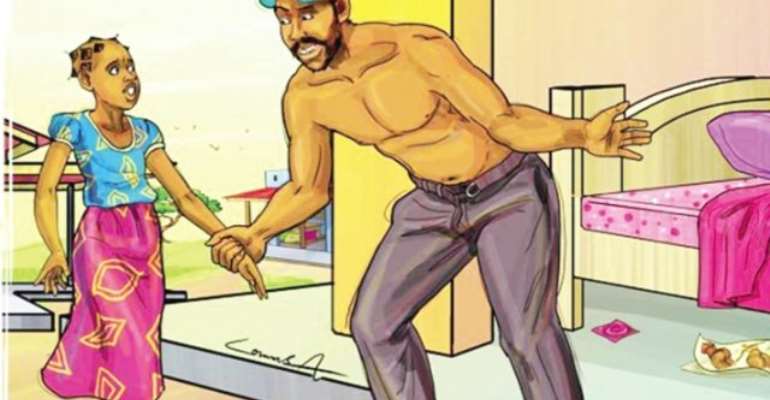 A 29-year-old mason who defiled and impregnated an 11-year-old girl has been jailed eight years by a Kumasi Circuit Court.

Adu Gyamfi Kesse pleaded guilty and was convicted on his own plea.

Police Chief Inspector Mercy Quaye, prosecuting, told the Court presided over by Mrs Comfort Tasiame that the convict lived in the same house with victim and foster parents at Anwomaso, in Kumasi.

On one Thursday in the month of July this year, at about 4:00 pm, the victim was sweeping the compound of the house, when the accused called her under the pretext of sending to buy something for him.

Prosecution said the victim followed the accused to his room and sat in one of the upholstery seats, accused then pounced on victim, gagged her and forcefully had sexual intercourse with her.

The accused in the same month had another sexual intercourse with the victim again, impregnating her in the process, the Court heard.

Madam Quaye said during the next vacation, the victim travelled to her biological mother, where they discovered that she was pregnant.

Upon further prodding by the mother, the victim narrated the ordeal she went through in the hands of the accused.

The case was reported to DOVVSU and a medical form issued by the police for medical examination confirmed the pregnancy.

Madam Quaye said in his caution statement, the accused admitted the offence and was therefore charged and brought before the Court.