Synod to vote on giving women power in the Catholic Church 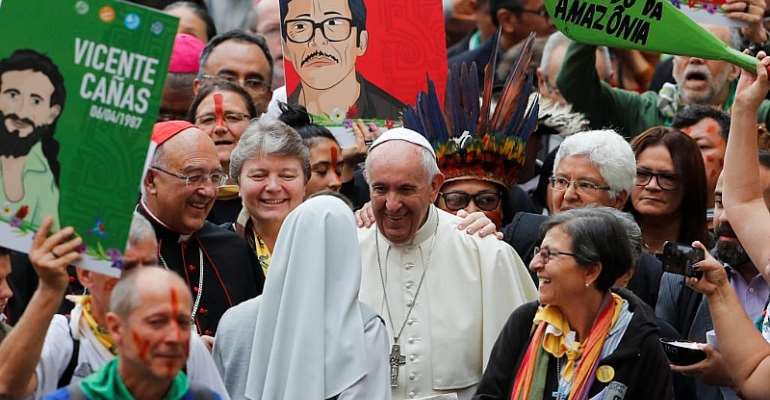 Catholic bishops gathered at a special Vatican assembly will vote Saturday on whether to recommend Pope Francis to open the priesthood to married men or create female deacons, issues that are taboo for traditionalists.

Typically only “synod fathers” – specially appointed men and male members of the clergy, which includes 184 bishops and cardinals, are allowed to vote on the final document listing a number of recommendations to be given to the Pope.

Francis takes these considerations on board when he draws up the final, public document.

The gathering, which is focused on ecclesiastic issues in the 9-country Latin American Pan-Amazon region, has also been attended by a number of observers, including indigenous people and women.

However, a letter from the women attending the synod had been sent to Francis, Ecuadorian nun Ines Azucena Zambrano Jara told reporters on Friday.

Another female initiative put forth includes a petition on website Religion Digital that has the signatures of 35 women calling on the Pontiff to give them the right to vote.

Others have called for Francis to give the right to vote to female superiors general.

Married men to gain ground in the church?
Another aspect of the assembly is the vote to recommend virtuous married men, or 'viri probati' to become priests, especially in areas that are extremely remote, such as the Amazon, where the Catholic Church is losing ground to Evangelicals, who allow men to be married.

Some hope that indigenous married Catholic men would be able to conduct Mass, eliminating the language barrier in places like the Amazon, where the faithful have to wait for priests to come on canoes to celebrate Mass.

There is also a varied aspect of this-- to allow women to become deacons in the Church.

These two specific proposals would be submitted "for the discernment of the Pope, who will be able to define the possible steps to be taken," said Brazilian Archbishop Alberto Taveira Correa, who is attending the synod.

These issues are certain to rile the very conservative corners of the Catholic Church.

The three-week meeting focuses on the challenges faced by the Church in the region, including the destruction of the rainforest and the regular abuse encountered by indigenous people. Poverty, polluted water, violence against women and land-grabbing were also discussed.

The voting attendees will vote on each proposal, paragraph by paragraph, and only the ideas that receive a two-thirds vote will be included in the final document to Francis.