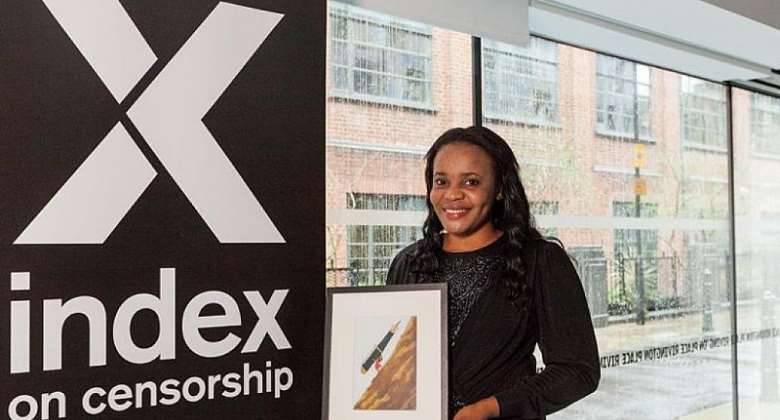 The award-winning Cameroonian journalist Mimi Mefo, who works for Deutsche Welle in Germany, was denied a visa to Australia where she had been invited to give a keynote speech on press freedom.

Mefo had been billed to give a keynote address on the challenges of operating as a journalist in Cameroon's restive Anglophone regions at a conference in Brisbane, Australia.

The Australian Department of Immigration and Border Protection put an end to Mefo's travel plans when they denied her a visa.

“They [Australian authorities] shouldn't give reason to our government to continue suppressing journalists,” Mefo told RFI over the telephone from Berlin.She added: "This action alone gives a lot of impetus to Cameroonian leaders to continue treating journalists as criminals.”

The reason given by Australian immigration officials was that Mefo posed a flight risk.

Mefo says she applied for a visa twice, and was rejected on both occasions. In parallel her current employer, German international broadcaster Deutsche Welle, had assisted Mefo in having her German visa extended by two years.

“There is no way I would give up my dream job in Germany to stay illegally in Australia,” retorts Mefo who has won awards and scholarships on account of the reporting she has done on the Anglophone crisis in Cameroon.

Mefo had no choice but to send a video message as her contribution to the Integrity 20 event, a two-day conference at Griffith University that gathers together “top minds to debate the challenges for humanity”.

Australia has been hailed by rightwing Western governments for its strict points-based immigration system. Short-term visas are easier to obtain, but less for people from developing countries.

Eight athletes from Cameroon absconded in Australia following the Commonwealth Games that were hosted there in April 2018.

“It doesn't matter where you're coming from. Any journalist has the right to go anywhere to carry out investigations,” says Mefo and adds, “when we have these barriers and restrictions it's unacceptable.”

While prospective journalists at Griffith University were left wanting, unable to put questions to an absent Mefo, participants in next week's Africa Investigative Journalism Conference in Johannesburg, South Africa will get to watch her deliver the 30-minute long Carlos Cardoso lecture. South African authorities have granted Mefo a visa.