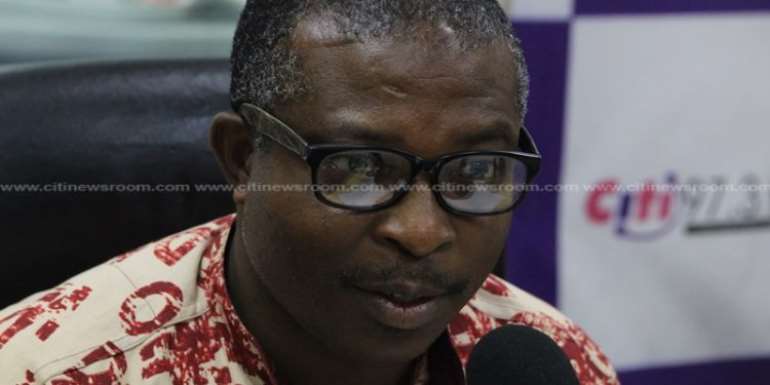 A Deputy Minister of Health, Alexander Abban, says about 54,000 nurses and midwives have been employed since the New Patriotic Party (NPP) came into office in January 2017.

He says the government is still working to absorb a number of unemployed nurses.

His comment is a response to the minority’s condemnation of alleged harassment of some graduate unemployed nurses and midwives by the police during their picketing at the Ministry of Health on Monday.

Mr. Abban says the embargo on public sector jobs that existed prior to the NPP's coming into office, is largely to blame for the backlog of unemployed health professionals.

“I can say on Authority that, about 54,000 nurses [had been employed]. All the recruitment we have made over the period had to do backlog that was left from 2012 to 2016. We all know and we have to freeze public sector employment. And for that reason, from 2012 to 2016 not a single soul from within the health sector working group was employed.”

Despite the government’s continuous ’employment claims’ members of the Graduate Unemployed Nurses and Midwives Association are always picketing at the Ministry of Health (MoH) to demand their immediate employment.

The latest protest took place last Monday where the nurses accused the police of harassing and intimidating them.

The group said the action was taken because they haven't had any positive response from the ministry regarding financial clearance for their employment.

About six of the unemployed nurses, including a person with a disability, who took part in the picketing on Monday were arrested and are reportedly being processed for court. We're hoping to recruit 53,000 nurses by end of 2019 – Health Minister

The Minister of Health, Kweku Agyemang-Manu says his outfit is seeking financial clearance from the Finance Ministry to commence the recruitment of nurses and midwives who completed their training in 2017 and 2018.

According to the Minister, the recruitment is part of a grand agenda by the Health Ministry to employ 53,000 additional nurses and midwives across the country.

Mr. Agyemang-Manu said the government is in talks with Germany and other countries to export nurses and other health personnel to those countries.

“We are aware of the current unemployment situation the previous government created. That is why the president upon assuming office started a process to get our nurses employed. So far we have recruited in the process up to 2016.”

“We are in talks with the Finance Ministry to give us further clearance to employ the 2017 and 2018 batches. We are hoping that, by the end of this year, we will employ up to 53,000 nurses nationwide,” he noted.