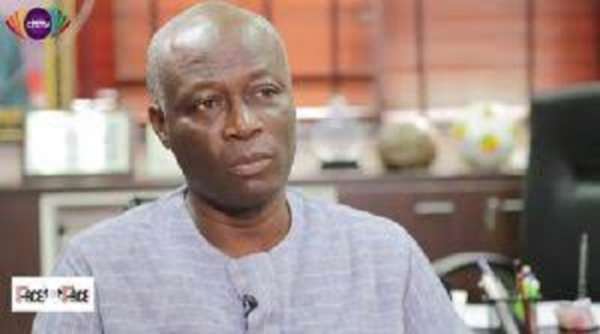 A former Deputy Local Government Minister, Edwin Nii Lantey Vanderpuye, has downplayed the relevance of the upcoming December 17 election of Metropolitan, Municipal and District Chief Executives (MMDCEs) in the country.

To him, the election of MMDCEs will only provide human resources to manage the various assemblies but won’t resolve challenges within the decentralization makeup.

“Just the mere election of the MMDCEs will not resolve our problem of decentralization,” he said on the Point Blank segment of Eyewitness News on Friday.

He said the country needs what he described as aggressive decentralization in order to resolve developmental challenges at the local level.

Nii Lantey Vanderpuye who is also a Ranking Member on Parliament’s Local Government and Rural Development Committee noted that problems such as late disbursement of the District Common Fund, under-resourced personnel and insufficient resources, stagnate the MMDAs.

He said some of the Metropolitan, Municipal and District Assemblies (MMDAs) struggle to raise revenue and sometimes only depend on the DACF.

The Odododiodio legislator argued that MMDAs will develop faster if issues such as revenue, logistics and human resources are addressed.

Nii Lantey Vanderpuye made the remark against the backdrop of processes put in place to conduct a referendum slated for December 17, 2019, for Ghanaians to approve or reject the election of MMDCEs in the country.

The election of MMDCEs was a major campaign promise of the New Patriotic Party in the run-up to the 2016 election.

Government has already presented the amendment of Article 243 (1) of the 1992 constitution bill which requires the President to appoint Metropolitan, Municipal and District Chief Executives (MMDCEs) to Parliament.

When passed, all MMDCEs would be elected by Universal Adult Suffrage after the 2020 general election.

Currently, Article 243 (1) of the 1992 Constitution stipulates that District Chief Executives for every district are to be appointed by the President with the prior approval of not less than two-thirds majority of members of the assembly present and voting at the meeting.

In addition, the Bill amending Article 55 (3) would also pave the way for political parties to sponsor candidates for elections of the MMDCEs and the Assembly Members.

High Court shoot down Agordzo's application to travel
6 minutes ago

ASEPA to file RTI request for minutes of Justice Dotse-AG 'S...
6 minutes ago