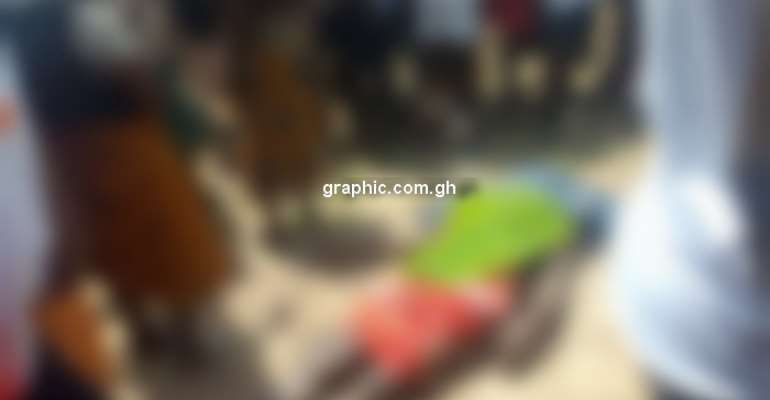 Some angry youth of Agona Asafo in the Agona East District in the Central Region Friday lynched a suspected motorbike thief, and left another in a critical condition.

The deceased has been identified as Baba while his accomplice, Kojo Owu is currently battling for his life at the accident and emergency centre at the Swedru Government Hospital.

According to information gathered by Graphic Online , Owu and Baba and a third person whose name is not readily available allegedly stole the motorbike last Thursday and hid it in the Asafo cemetery.

Their modus operandi is that around dawn, they would bring the motorbike out of its hiding place and transport it to Accra for sale.

Okada business (motorbikes being used for commercial transportation purposes) is a thriving activity engaged in by many of the youth in Asafo and its surrounding communities.

Some of the Okada players occasionally report of stolen motorbikes but they have not been able to make any arrests.

However, luck eluded them (Baba and Owu) early Friday morning around 4am when a resident of the town who was on board an Accra bound vehicle saw them pushing the stolen motorbike out of the cemetery.

The informant who was aware of the numerous reports of stolen motorbikes in the town quickly alerted the youth who mobilised, chased them and managed to arrest their accomplice who was riding the motorbike and handed him over to the police in Agona Swedru.

Owu and Baba managed to escape but were arrested around 10am from their hideout and subjected to severe beatings by the youth who used clubs to hit them countless times while others pelted them with stones.

Not even their cry and plea for mercy could deter the angry youth who were bent on beating them to death for allegedly playing active roles in the stealing of many motorbikes in the area.

When contacted, the Swedru District Police Commander, Superintendent Seth Yirenkyi, confirmed the incident and said that the Police had begun investigations into the matter.