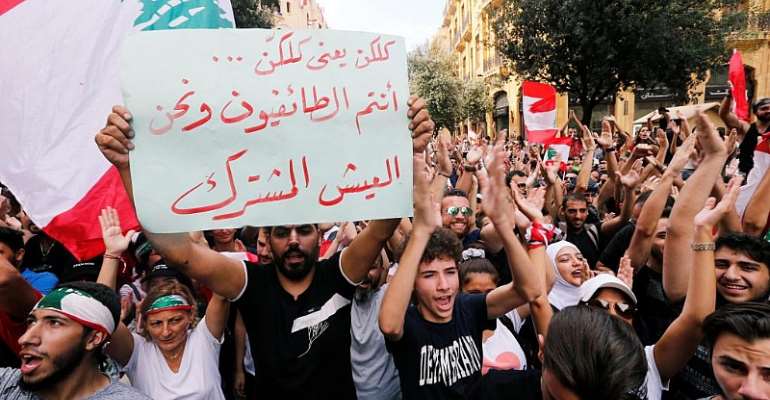 In Lebanon, anti government protests are entering their ninth day, with demonstrators demanding a complete overhaul of the political system. A group of striking faculty members have published a letter announcing that "the street is a classroom and the classroom is in the streets", encouraging students to boycott classes.

Banks, schools and universities remain closed, and students and teachers have gone on strike across Lebanon in solidarity with the general demonstrations.

They have held classes on "capitalism, crisis and the commons" in a historic destroyed civil war building at the centre of the huge protests in downtown Beirut, called the Egg.

They feel its important for students to continue to learn while being part of the protests and being politically engaged.

Anger over the government's inefficiency and corruption came into sharp relief last week, when wildfires raged through the country and the government failed to mobilise to tackle them.

The proposed tax on messanging apps days later was simply the straw that broke the camel's back.

Prime Minister Saad Hariri on Monday presented a package of reforms, including cutting ministerial salaries, but the rallies have continued, crippling Beirut and other major cities.

Although Lebanon's president Michel Aoun announced on Thursday that he would meet with protesters, this is unlikely to calm the atmosphere.